Humans of the Dub: Resilience during COVID-19 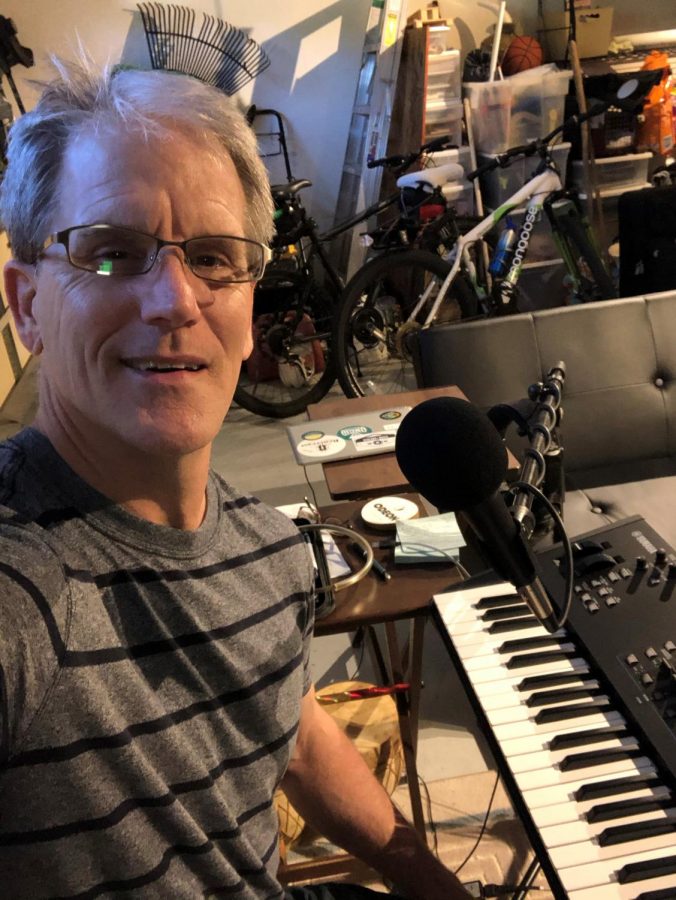 What have you been doing lately to keep you busy during quarantine?

Certainly the day has still been pretty full with answering emails from lots of students and faculty, having a lot of Zoom meetings. In many ways, it’s been a difficult transition at home in terms of self-discipline. It implies a whole different set of routines. I used to have to go into my home office for a couple hours on the weekend to just grade some papers, and now I have to be in here all day. It’s been hard. The off-hours stuff has changed just as dramatically. Now, I’m going back to some of the hobbies from my childhood that had been restricted to the backyard. I’m doing archery and slingshots. Instead of basketball, I’ve been running because I can do that in isolation. My hobbies have definitely shifted.

How are you able to stay focused in an at-home office/workspace?

You have to set mini-goals. Sometimes I’ll say, “no more snacks until an hour of work has been done”—that way I actually earned the snack. I’ll do the hard tasks first and the easy tasks later. That’s been helpful. Just realizing and embracing the different kinds of interruptions at home has been impactful as well. We have a cat. She tries to be really helpful on computer keypads and tries to type for us too. Initially, that was a big frustration. But then you go, “Okay, so now this is a two-minute cat break,” and you go on. Trying not to let the small interruptions turn into big ones is a huge thing.

How has quarantine been affecting your household?

In some ways, it’s hard on everybody. We also feel very blessed to have jobs that allow us to work, in theory, just as efficiently and safely from home. My wife got on Etsy and ordered some masks for whenever we go out shopping. I have my mask handy by the door. We’re adjusting to the quarantine. She’s got her own office space and I’ve got mine. That makes it easier. We definitely have said things like, “Let’s save that conversation for dinner!” to help separate our home and work life.

As a professor, what’s your greatest fear regarding school closures, quarantine, and online classes? Conversely, what is something you’re optimistic about?

My most global fear is that we will try to race back to normal, rather than reflecting on how we grew from this. Economic recovery is a real deal. People need to get back to work. I get that, but I’m also afraid that we won’t say, “You know what? Biking with my kids instead of watching four college football games—that’s a keeper.” I hope that’ll happen, but my biggest fear is that it won’t. The planet is detoxing right now in very dramatic ways. What are we gonna do about that as a human kind? I don’t want us to go back to normal without a lot of reflection. I’m excited about two things. We can finally say that the “idea of virtual community is not real community” is done. We’re done with that artificial distinction. We can talk about healthy and unhealthy communities rather than real and unreal communities. I think that distinction stretches to the old boomers who were holding on to that idea. We had a Zoom happy hour as a department. It was real. There were jokes that were real—there was bonding that was real. I’m also really optimistic about how people are gonna stop thinking that Gen Zers and Millennials are soft. That’s been a running joke. Every generation thinks that kids today have it easy. It’s been intensified, ironically, through social media. This generation has had to be incredibly resilient, especially UNCW students with Florence and Dorian. The checklist on their way to graduation is pretty freaking epic. They’re gonna do it anyway. We got thousands of students who are gonna graduate. We’ve seen a lot of tenacity and perseverance out of a generation that has taken a lot of heat for not being tough.

How do you think your students will grow from online learning?

To confuse what we’re doing now with online learning is like confusing a blue tarp with a new roof. What they’re [students] experiencing right now is blue tarp. It was thrown over a massive link to prevent things from getting worse, to allow us to get back to some semblance of normal, and to cook in the kitchen without getting rained on. What we’re experiencing right now is a blue tarp version of online education. With that said, it’s effective enough to where we can sleep and cook here. You can curl up with a book and ask good questions, team up, collaborate, and learn. The downside is that people will think that this is online education and it’s not. The upside is that you’re learning tools that are going to play a much more dominant role in the marketplace than they would have a month ago. Everybody in the world is finding out that a Zoom conference might replace thousands of dollars in airline tickets. The document sharing on Microsoft Teams and the management of these documents on the Cloud are going to forever be considered an expectation of a marketplace. Students who confidently embrace technological collaboration can talk about the things they did to survive a pandemic in their interviews. The person that can say “I was the one who did it” is gonna be the person who gets the job.