2020 NCAA Tournament to be played without fans in attendance 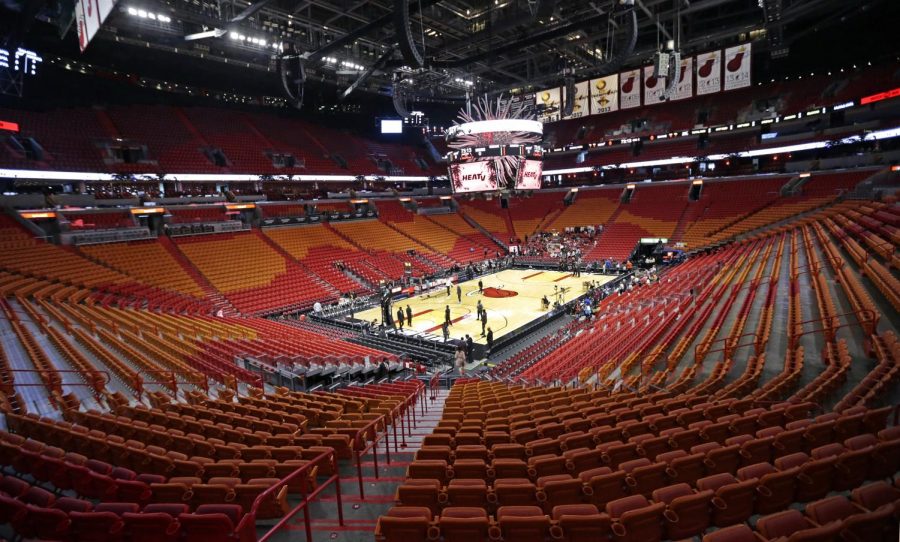 A view of the empty AmericanAirlines Arena before the start of an NBA basketball regular season game between the Miami Heat and the Charlotte Hornets on Wednesday, March 11, 2020 in Miami. The Golden State Warriors announced Wednesday they will play games without fans in their San Francisco arena because of the coronavirus.

Update: Since this article was published, the NBA suspended its season after Utah Jazz center Rudy Gobert preliminary tested positive for coronavirus.

COVID-19, more commonly known as coronavirus, has led to an executive decision from NCAA President Mark Emmert to play the 2020 NCAA Tournament without fans in attendance.

“I have made the decision to conduct our upcoming championship events, including the Division I men’s and women’s basketball tournaments, with only essential staff and limited family attendance,” Emmert said in a statement. “While I understand how disappointing this is for all fans of our sports, my decision is based on the current understanding of how COVID-19 is progressing in the United States.”

The outbreak of coronavirus has been a hot topic of conversation in recent weeks, leading to multiple travel bans, postponement of college courses and suspension of play for sports teams. As of March 11, there have been over 121,500 cases of coronavirus worldwide, including over 1,000 in the U.S., resulting in the deaths of nearly 40 U.S. citizens.

The NBA, MLB, NHL and MLS released a joint statement saying that the media will be restricted from entering team clubhouses and locker rooms for the foreseeable future. USC and UCLA have also taken steps to prevent the spread of the virus, barring fans from home games until further notice. The Golden State Warriors have also resorted to playing in an empty arena, becoming the first NBA team to close its doors to fans.

Further information will be released as it is announced.