Humans of the Dub: fate and free will 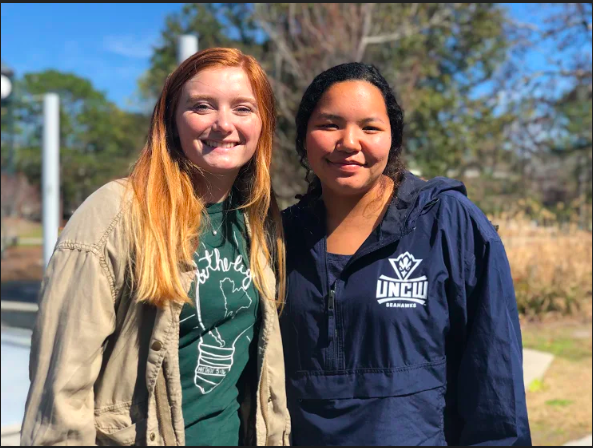 If you could invent brand new baby names what would they be?

My family has this thing that we’ve been doing ever since my grandmother had my mom. She decided to give everyone in my family fruit names. My mom’s name is Peach, and her brothers are Lemon and Orange. After that, all of the children in the next generation had fruits as their middle names. My cousin’s parents didn’t like the idea as a first name option, but rather a middle name. So if I had to create a name, I’d keep that tradition going.

I can’t really create one off the top of my head. My friend had this idea of giving earthy names though, and I like that idea. For instance, Willow would be a girl’s name!

What should wedding vows be about?

A big thing for me is my Christianity. I would make sure to include that God is the foundation of whatever relationship I’m in.

For me, it would be similar. I would vow to keep God first rather than my partner so that way we’re both running at the same pace towards God. Instead of just having God as a presence in our relationship, God would instead be the foundational point of our relationship.

What celebrity do you think is a positive role model for kids today?

It’s funny because we were just talking about her. I would say, Taylor Swift. I recently watched her documentary and she just seems like a great role model because of the values she stands for. We need a lot of what she’s talking about. She talks about domestic violence and sexual violence and she doesn’t shy away from her opinions on these matters. I think that’s something that regular people can follow and look up to too.

I’ve always been a really big fan of Blake Lively. She seems very humble for a person at her position and she’s very family-oriented. I respect that a lot. She’s also very kind and honest and I think those are good values to have as a role model.

How would you describe social media with one word and why?

Exhausting. Social media can have such a high and low emotional range. You can go on there and feel really good after seeing positive messages or people you love. You can also leave social media with a bad feeling if something negative is going on in the world or you see hate being spread. It’s very much a mixed bag in that aspect.

I would describe social media as interesting. Kind of along the same lines, it can be very beneficial at times, but other times not so much. You’ll see articles about how it can bring communities together, but at the same time, if that’s all you’re doing then you don’t really have the real-life connections that it’s portraying. You’re also constantly comparing your life to other people which is never a good thing. Social media can go both ways.

If you could have anything named after you, what would it be?

I love spicy foods, so if I could name a sauce after myself that would be pretty cool. I really love that show on Youtube called “Hot Ones” too. If the sauce named after me could make it on to the show, that would be a dream come true.

Do you believe in fate or free will?

I feel like this is super hard to answer from a Christian point of view. I believe that God has a plan for me, but I also think that God gives me the free will to follow through with the plan. I guess I would say I believe in free will in that case. You can make decisions for yourself, but I believe God always has a set path for you.

I was thinking the exact same thing. I think God has a plan for everyone. Everything happens for a reason, but God also gives us free will. It’s very important to use the time that you have to take advantage of that free will. What if God had a plan for you, but instead of following that plan you just sit on the couch and ignore it?