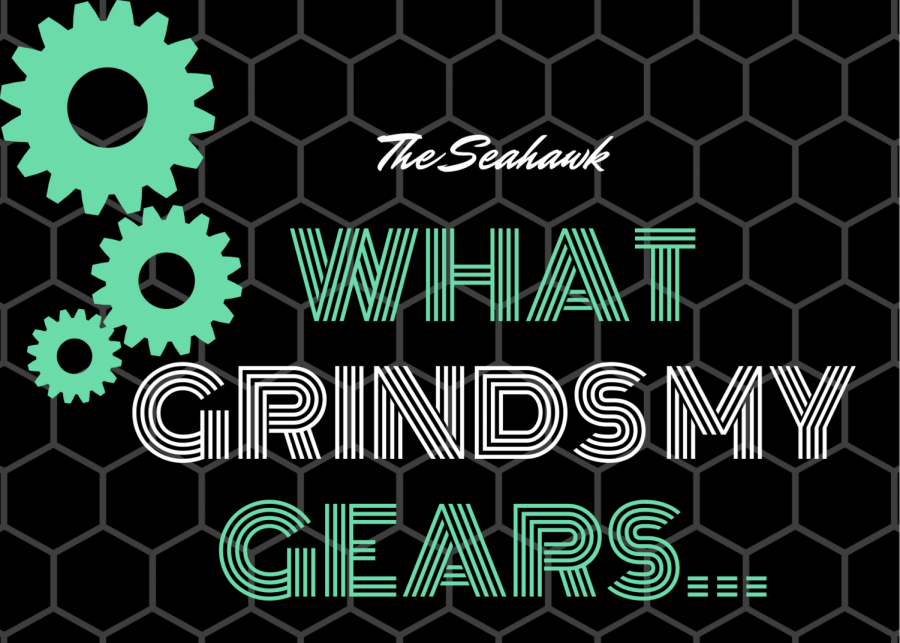 “What Grinds My Gears…” is a new series here at The Seahawk in which our writers talk about things that bother us but are not quite big enough deals to warrant a full opinion article. These are not world-changing issues—no, we are talking about small annoyances.

I believe that bathroom etiquette is one of the most important yet underrated facets of our society. If we cannot uphold the sanctity of restroom usage, we crumble as a society. One of—if not the most important aspect of this is which way the toilet roll faces. Spoiler alert: it should be facing you. Every time. Do not argue with me on this unless you have a cat (I have been told that putting rolls in wrong can be used as defense against feline paper-rolling tendencies). Having to reach under a toilet paper roll to grab a square feels awkward. Rolling it toward you to catch the square before it hits the wall is a little too “sporty” for my tastes. You should not have to maneuver around your toilet paper in order to get clean; it should be as simple as reaching over and grabbing the tissue as it is presented to you. Not all of us are privileged enough to have bidets at the ready, nor is America ready for a healthy conversation about flushable baby wipes, but the least we can do is make toilet paper usage a stress-free experience for all.

Alright, Meryl Streep goes and bangs three random, ugly men, and then sings (ABBA’s greatest hits) about who the daddy is with her now-grown-daughter, Amanda Seyfried. Girl, what? I get that it was hot girl summer, but now you are just hot girl pregnant in Greece. Second of all, if she was banging three dudes, the least she could do is shoot each of them an email saying, “Hey, what’s up? It’s mamma mia. Just letting you know you may have a daughter, and she is always talking about how thankful she is for the music.” That really would have saved all of us from seeing this monstrosity of a movie. Not to mention the SONGS. I respect ABBA for getting that money because a gal needs cash, but they really could have picked a better gig. Look, I get what they were going for, and quite honestly, I think it is awesome that they tried to make a plot based on ABBA songs alone. The song “Mamma Mia” does not even line up with the plot of the movie anyway! She loses control and there is a fire in her soul except that she did not keep in touch! Overall uncomfortable and confusing. I did like Voulez-Vous though, but only for ABBA.

I have had to make the boring, single-lane road drive between Wilmington and Oak Island several times, and there is nothing more I dread about that drive—or any single-lane road trips—than obnoxious drivers in trucks passing me despite the fact I am going the 50 mph speed limit or slightly over. It is so irritating because when they do this, it feels so extra and as if their trucks are somehow superior to my Honda CRV (#theyarenot). I just tell myself that they are overcompensating for something. It also puts me in a mood to race these people and prove my car is just as “cool” as theirs. It is not that hard to practice good road etiquette and driving a truck does not excuse you from abiding by those rules.