Animation is not just for kids 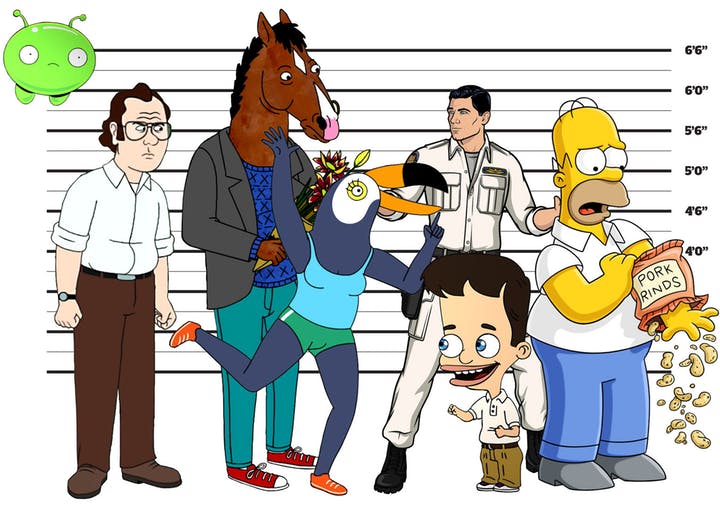 Not just the usual suspects: There's more out there than just "The Simpsons."

News sites across the nation flooded with the breaking news on Sept. 4, 2019, that Google LLC and its subsidiary, YouTube, faced a staggering fine of $170 million. The Federal Trade Commission’s regulators charged the companies with consciously collecting children’s data on the site to be used for gain by targeting them related advertisements. The FTC claimed this action was in direct violation of the Children’s Online Privacy Protection Act, or COPPA.

YouTube has agreed to create a system of defining criteria for children. To meet the agreement, channels must now identify themselves as creators of kids’ content. To aid the vetting process of content already in place, the company plans to employ artificial intelligence to identify content that is aimed at child audiences. However, with YouTube’s AI system in place, the world is often seen characterized by categories of opposites: black and white, or fun and scary. This rigid formula can be drawback especially in the case of animators on the platform.

The obstacle lies in YouTube’s AI’s overly simplistic view of animated content.  Often the verdict plays out as such: if it is animation, then it is kids’ content. While YouTube’s AI was made hastily in order to satisfy the orders of the FTC, a thought-provoking question springs forth from this incident: Why is animation at superficial levels in modern society considered strictly as children’s entertainment? We must recognize the maturity animation can take on and refrain from labeling it as childlike, lest we risk trapping the format into strict guidelines where only a limited number of stories can be told.

The assumption that cartoons are “for children” arguably started when the circumstances around television created large amounts of vacant airtime, the beginning of children’s programming and the nuance of “star” characters. Yet, this claim surely cannot be true with many famous programs such as “Family Guy,” “The Simpsons,” “South Park” and “Bob’s Burgers” in existence.

In fact, because of the enormous popularity of such programs, you would suspect this sentiment might be different. Take “The Simpsons” for example, the highest-rated adult animation show on IMBD with a score of 8.7, and one that at its peak drew in 15 million viewers. This is just one of many adult series that displays a dedicated following.

The popularity of adult animation seems to be growing faster than ever before with a new ambitious era on the rise with shows like “Big Mouth” and “BoJack Horseman” made possible through the more flexible guidelines from streaming services such as Hulu and Netflix. It is clear that adult animation has a following, and TV and streaming companies are already catering to this audience.

It is imperative to consider next where the line is drawn at children’s content, and this lies primarily in the topics adult animation covers. Adult animation tends to be comfortable with playing around with the unpleasant and controversial matters that children do not normally deliberate over: politics, race, economics, genocide, war, sexism, etc. One example is “Family Guy,” which parodies the nuclear family of the fifties and sixties while satirizing some of these issues each episode. In this case, the comfortable, made-for-all atmosphere associated with the family sitcom takes a totally different direction when, say, the toddler of the family is a devious mastermind occasionally wielding laser guns and other various weaponry.

Another key element in separating the adult animation from that of children’s is the level or detail of gore and romantic relations. For instance, “Happy Tree Friends” is an animated series depicting woodland creatures whose poor life decisions end with them always experiencing terrible, gory, bodily harm (and usually death). The series pokes fun at the seemingly childish nature of children’s animation by a title that drastically contrasts with the dark content actually ensuing.

Other animations decide to do away with comedy entirely and focus on dramatic, thriller, science fiction or other genres. Japan has a wealth of anime in this sector, whereas American television tends to designate adult animation as largely comedic.

Compare “The Simpsons” to the Japanese anime “Psycho Pass.” “The Simpsons” is a satiric family sitcom in which a working-class family encounters ridiculous situations in their eccentric small-town Springfield. The show is largely presented as comedic entertainment, rather than a space for more sophisticated commentary. On the other hand, “Psycho Pass,” an anime set in the future where a rookie cop starts her career in a society ruled over by artificial intelligence exploring the benefits and costs of such a system. These shows only constitute a tiny range of material made for adults. Both are rightfully entertainment for adults despite their difference in aesthetics, genres and storylines. Through these two distinct shows, we can see that the landscape of animation is as vast as the human imagination.

Animation can cover anything from the traditional narrative of a cartoon series to an experimental film about moths or a documentary memoir about migration from Iran. Animation can create nostalgia in our hearts as SpongeBob lights a fire underwater, or it can depict the raw carnage of Yuno Gasai from Mikrai Nikki beheading an opponent. Animation, like its counterpart live-action, should be taken as seriously in its ability to produce a wide variety of content rather than naturally being assigned the label “made for children.”