“Birds of Prey” has a clear identity, even if imperfect in execution 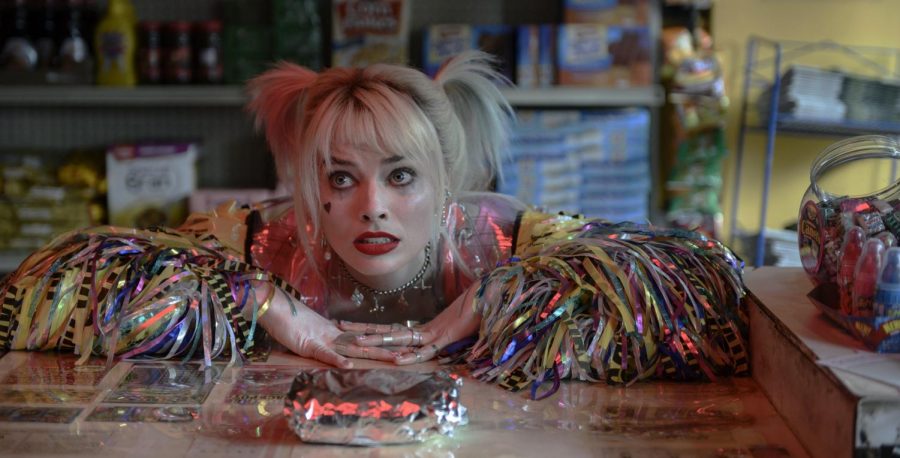 Margot Robbie in a scene from Birds of Prey.

“Birds of Prey and the Fantabulous Emancipation of One Harley Quinn” was never going to avoid being compared to the previous Harley-centric film, “Suicide Squad.” The 2016 ensemble film has its fans, but the criticisms were hard to argue against. The pacing was wild, most of the characters were underdeveloped (though that honestly matches up with the comics), Enchantress was an ill-fitting villain and the movie simply felt like it was chopped together by a bunch of different creators with vastly different visions for the film—because that is exactly what it was.

“Birds of Prey” is the direct sequel to “Suicide Squad,” and though this fact did keep some people from getting excited over it, there is an advantage: “Birds of Prey” could be considered a success as long as it makes it over the low bar that the previous film set.

And, in that case, “Birds of Prey” is absolutely a success.

While the previous film’s aesthetic was hard to pin down other than “bright colors you would see in a Hot Topic store,” “Birds of Prey” does a good job of keeping things more streamlined. From the jump, Margot Robbie’s Harley Quinn is narrating the film, starting with an animated sequence reminiscent of the critically acclaimed “Batman: The Animated Series,” the series Harley debuted in.

The movie continues to feel like it was pieced together by Harley Quinn throughout, and though that could seem like a criticism, it mostly works in the movie’s favor. Every character whom Harley interacted with was accompanied by on-screen graphics giving the audience their name and their specific issues with Harley Quinn, which were numerous and oftentimes hilarious.

These graphics also came with marker-styled drawings over characters, as “Happy” had his face drawn over with clown face paint and “Doc” is drawn over with a halo and angel wings.

There are certainly instants where Harley’s manic characteristics took away from the movie, however. The movie jumps back-and-forth with its timeline, sometimes jumping to scenes, then backtracking to explain each character’s motivations. This would be fine if it was a minute-long explanation, but there were moments where we would get an action scene, the film would stop on a freeze-frame while Harley makes a joke and then we would spend ten minutes setting up the action scene that we just saw. It was not the worst offense, but the scene placement could have been played with in order to make scenes feel less tedious.

One thing that I took no issue with, however, were the actors involved in the film. Black Mask and Victor Zsasz were incredibly fitting choices for villains in this type of DC movie (they are not seemingly all-powerful deities, which is a major plus), and Ewan McGregor and especially Chris Messina knocked it out of the park with their respective approaches to these roles.

McGregor plays the spoiled rich kid with killer tendencies to a tee (the scene where Black Mask interacts with Mr. Keo’s family is so cold I burst out laughing in the theater), and his hyperactive demeanor matches well with the monotone delivery of Messina’s Zsasz, a character I never thought I would see in a movie and am glad was given this level of care and screen time. 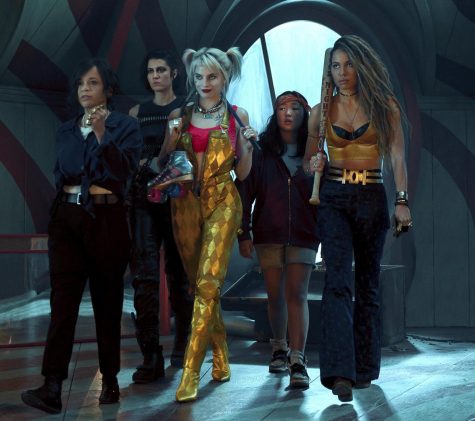 I also think Jurnee Smollet-Bell and Mary Elizabeth Winstead were great in their roles as Black Canary and Huntress, respectively, and Winstead brought a style of humor to this film that was just as playfully awkward as one would expect from her previous roles as Ramona Flowers in “Scott Pilgrim vs. The World” and Gwen Grayson in “Sky High” (though I do wish she was in the film more than she was).

Margot Robbie does a good job transitioning to a full main character in this film, but I will say that if you were not a fan of Harley Quinn the first time around, you will not like her anymore this time around. The humor of the film does a lot of dunking on Harley’s character and her relationship with “Mr. J” early in the film, which may sound fun for her detractors, but it is all to set up her growth into an independent woman, so the initial jokes probably are not the best selling point for an anti-Harley crowd.

One mistake that I do think the film made was shooting for an R-rating, as the style of this film is perfect for a middle school/high school audience, sans the gratuitous F-bombs. Except for when used by the villains and Ella Jay Basco (who was also stellar as Cassandra Cain), a lot of the language felt a bit forced, as if the film was a 10-year-old who is just starting to rebel against her puritan parents. The gore was only “a lot” in one scene early on when Zsasz is introduced, but it is not so much that I think the movie had to be rated R.

Overall, I believe that “Birds of Prey” is a really fun movie, and it did a lot to fix the issues that “Suicide Squad” had. This movie did a great job of getting me excited for the upcoming soft reboot of “The Suicide Squad” being directed by James Gunn.