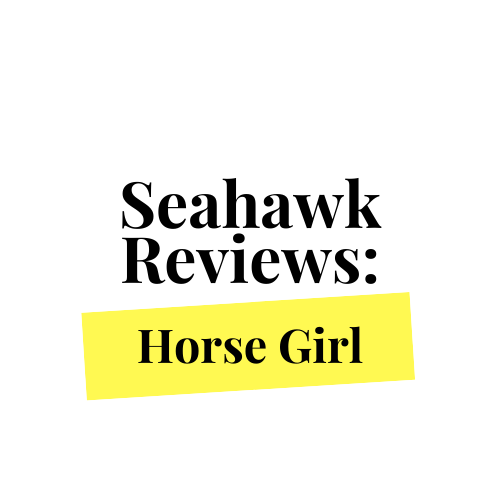 “Horse Girl” made its debut on Jan. 27 at the 2020 Sundance Film Festival, and on Feb. 7, it was brought straight to Netflix. The film might have one of the most unfortunate name choices I have ever seen, thanks to Urban Dictionary and various searches on DuckDuckGo. Sure, horses are slightly relevant to the movie’s plot, but there is no reason the title should be “Horse Girl.” Without reading the description, the title led me to believe that the movie would be about a girl turning into a horse, but that might be on account of my immaturity. Horses do not have a ton of relevance; sure, they are in the movie, but I am not actually sure why this film is titled the way it is. Regardless of the problems I have with the title, “Horse Girl” was directed by Jeff Baena, who is known in particular for “Life After Beth” and “The Little Hours” and stars Alison Brie (“Mad Men”) as the main character, Sarah.

Sarah is socially inept, awkward, shy, and as a result, she seems out of place in almost every social situation she is put into. Every night, Sarah returns back home and sinks into her lonely apartment, watching TV without almost any real outside interactions. Even though she is not super socially outgoing, it is hard not to love Sarah; Alison Brie brilliantly plays someone who is alone and does not seem to really belong anywhere. The few times she tries to interact with people seem really forced and uncomfortable, which almost makes you feel sympathetic for her. Some of the acting that does not come from Brie feels clunky and forced on occasion, but seeing as her performance carries the entirety of the film, this is not a huge problem.

From the very beginning, “Horse Girl” is a very somber film, trying really hard to hammer home just how sad everything is supposed to be. There is the sorrowful piano playing, the muted blue-grey colors in the costume designs and even the way her friends seem to talk to her with pity. There are some parts of Sarah that are not so normal. The film puts a focus on her behaviors becoming more erratic, along with her sleepwalking, weirdly prophetic dreams and her seemingly unreliable narration. The soundtrack shifts from despondent plucking of stringed instruments to a series of discombobulated electronic beats. It is a complete 180 from the beginning where the movie seems like another generic rom-com. Honestly, the tonal change is the main flaw of the movie; the first part of the movie is paced so unbearably slow that it almost feels like a chore to watch. Once her mental illness and unreliable narration come into play, the movie gets undeniably awesome, turning into a roller coaster of insanity.

One of the most interesting things that I found in the movie is the use of color. As I mentioned before, most of the costumes and set designs are a drab blue-grey, but as the movie progresses and Sarah becomes more unstable, the colors shift to a peach color, making it just a little easier to determine when she is lucid.

“Horse Girl” actually closely resembles the themes of mental illness of “A Beautiful Mind” in a number of ways, but when compared to that film, it falls a little short as far as emotional impact goes. Both films are about questioning reality because of paranoia and hallucinations, but while “A Beautiful Mind” is about emotional resonance, “Horse Girl” is more about a complete and total disconnect from reality because of mental illness. The first act of the film is painfully slow, but once it kicks off and goes completely off the rails, it is a roller coaster that yanks the viewer off their feet. “Horse Girl” is all about questioning what is real and what is not.