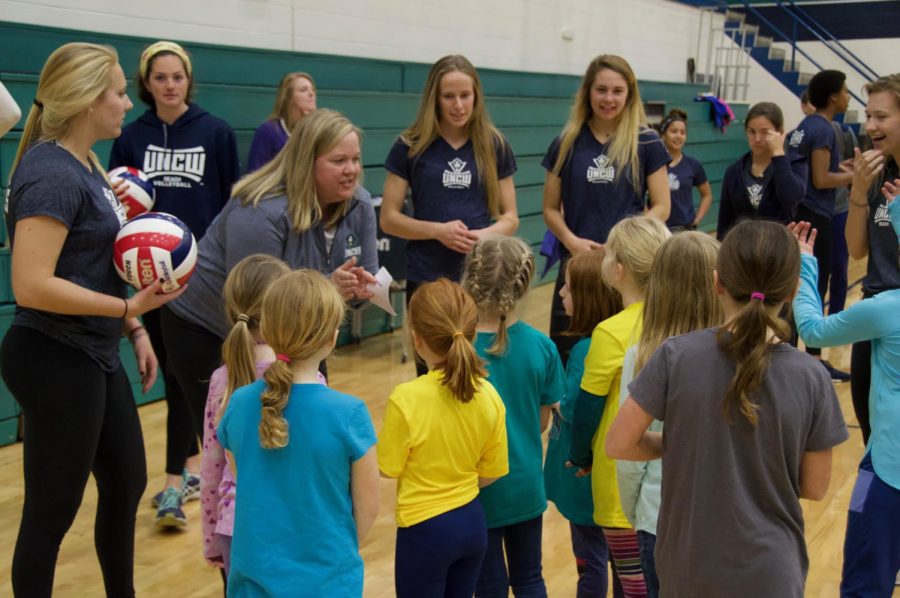 Volleyball coach Amy Bambenek during one of her volleyball camps

WILMINGTON — Earlier this week, it was announced that UNCW volleyball head coach Amy Bambenek joined men’s basketball coach C.B. McGrath as one of two coaches to leave the Port City in the last two weeks. After 11 years with the program, Bambenek took the head coach position at Ohio Dominican in Columbus, Ohio.

“Coach Bambenek has transformed the program during her career with UNCW,” said Athletic Director Jimmy Bass in a statement from the program. “We’re thankful for her time with us, building the program and bringing student-athletes to the university who have gone on to be leaders in their communities.”

Her resignation from the program came after a 14-15 season in 2019. However, during her tenure at UNCW, Bambenek led the Seahawks to their first ever Colonial Athletic Association championship as well as their first ever NCAA tournament appearance — both of which came in 2015.

Over the years, Bambenek saw her teams knock off Power 5 programs four consecutive seasons (2015-18), which included the program’s first win over North Carolina.

“This is such a bittersweet good bye to a place with lifelong friends I love dearly,” Bambenek told UNCW athletics. “I want to thank Athletic Director Jimmy Bass for his support and belief in me as a person and coach, along with the numerous administrators and assistants I have worked with over the years.