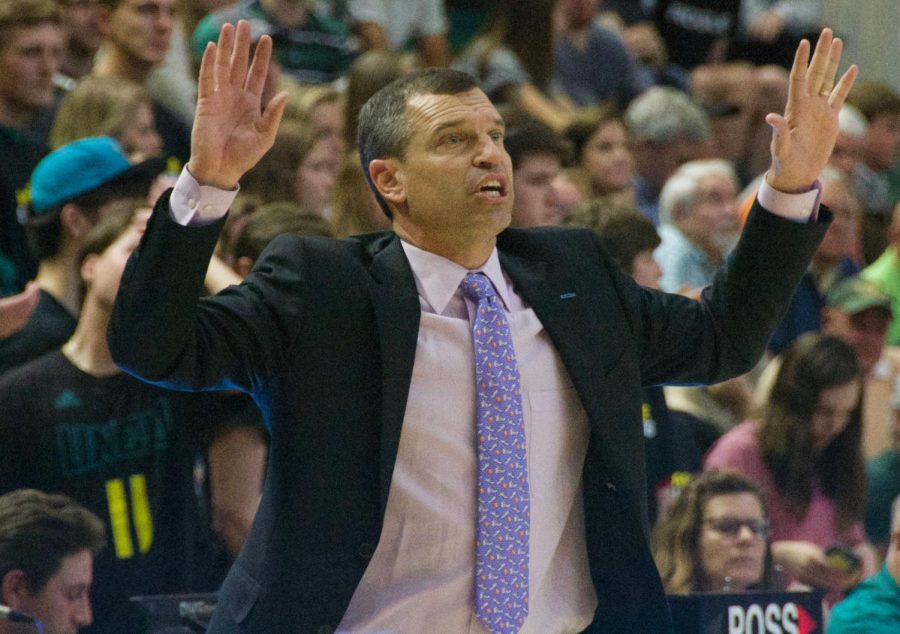 It was announced Monday, per release from UNCW Director of Athletics Jimmy Bass, that after two and a half seasons at the helm and a 26-58 overall record, the program decided to move in a different direction.

“We appreciate C.B.’s hard work with our program and student-athletes over the last two and half years and wish him well in the future,” said Bass.

McGrath joined the Seahawk program in April 2017 after former coach Kevin Keatts was picked up by N.C. State. Prior to his move to the Port City, McGrath served as an assistant under North Carolina head coach Roy Williams. Before that, he played under Williams at Kansas.

Circumstances did not favor McGrath in the months leading up to his termination. Last season, he lost over half of his team to either graduation or the transfer portal, which halted any sort of progress built in his first two seasons at UNCW.

Considering he was essentially starting from scratch entering the 2019-20 season, McGrath was able to recruit fairly well. However, in a similar fashion to last season, McGrath lost two of his players this season. Graduate transfer Carter Skaggs left the program earlier this season due to personal reasons. More notably, point guard Kai Toews, who was second in the NCAA in assists last season, left the program a few weeks ago to pursue a professional career in his home country of Japan.

According to the release, a national search for McGrath’s replacement will begin immediately. Until then, however, assistant coach Rob Burke will take the role of interim head coach.