US House of Representatives vote to impeach Trump 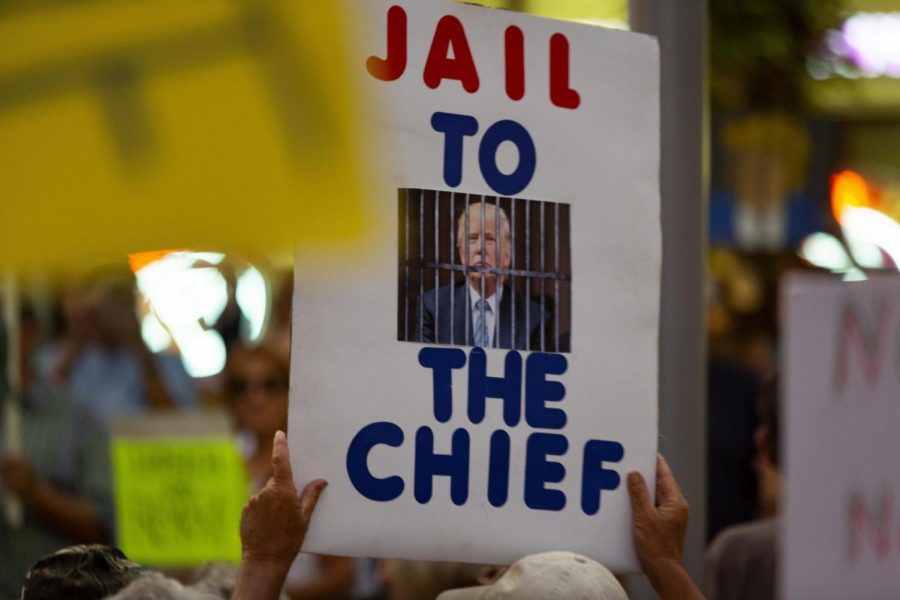 The Democrat-led House of Representatives voted Wednesday to begin the impeachment of President Trump.

The chief of state is accused of soliciting Ukrainian president Volodymyr Zelensky to rig the 2020 election in Trump’s favor on July 25. An anonymous whistleblower submitted a complaint against Trump on Aug. 12. Trump also allegedly pressured Zelensky to investigate fictitious wrongdoing by former Vice President Joe Biden and his son Hunter.

The Rules Committee, a committee of the House that governs how bills are passed through it, spent most of Tuesday setting the parameters for Wednesday’s debate. Following the hearing, Rep. Norma Torres (D-CA) congratulated the members for behaving well and “using indoor voices,” acknowledging the impeachment as controversial and bound to spark disagreements even among members of Torres’ own party.

The House has drafted two articles of impeachment, alleging abuse of power and obstruction of Congress, that contain a total of 658 pages. “He did so by ordering a blockade of administration witnesses, by trying to muzzle and intimidate witnesses who did come forward and by refusing to produce even a single subpoenaed document,” said Rep. Jamie Raskin (D-MD). “In the history of the republic, no president other than this one has ever claimed and exercised the unilateral right and power to thwart and defeat a House presidential impeachment inquiry.”

The report also alleged that the president’s desire to satisfy his own interests was so high that he neglected national security and undermined the fundamental, Enlightenment-inspired governing principles of fair elections and the system of checks and balances.

Trump, in response, penned a rage-filled letter to House Speaker Nancy Pelosi. The six-page document, however, was found by CNN to contain numerous falsehoods and lies. For instance, Trump wrote that “now you are trying to impeach me by falsely accusing me of doing what Joe Biden has admitted he actually did.” In reality, he asked Ukraine’s president to interfere in the upcoming election in his favor with the Bidens being responsible for nothing related to the incident.

Freshman Congresswoman Kendra Horn (D-OK) announced her plans to vote in favor of both articles.

“Protecting and defending our Constitution is about preserving our democracy and systems for generations to come,” she said. “We cannot allow any president of either party to abuse the power of their office or to obstruct Congress. Therefore, we must act to protect our Constitution, the integrity of our elections, and our national security.”

“Based on everything I’ve seen right now, I don’t know why they even put ‘probably’ in there. I’ve said that the whole process is flawed, it’s been unfair. I’ve read the transcript, I’ve read the whistleblower complaint. I’ve been briefed up on some of the other interviews that we’ll get more information when I sit as a juror, but I’m a definite no,” he said.

Protests in major cities across the nation, including in Times Square, have erupted in support of the movement. Signs bore messages such as “Dump Trump,” “All I Want for Christmas is an Impartial Trial” and “Save our Democracy”.

The House voted 230-197 to impeach the president on abuse of power and 229-198 in favor of the obstruction of Congress article. Trump will then be tried in the Senate early next year. In order for him to be removed from office, a super-majority vote of at least 67 of 100 Senators would be required. However, the Senate comprises mostly Republicans, and at least 50 Senators have condemned the proceedings and vowed to vote against them. However this sage plays out, it will certainly influence the 2020 election, namely President Trump’s reelection campaign.