I am a Black woman. 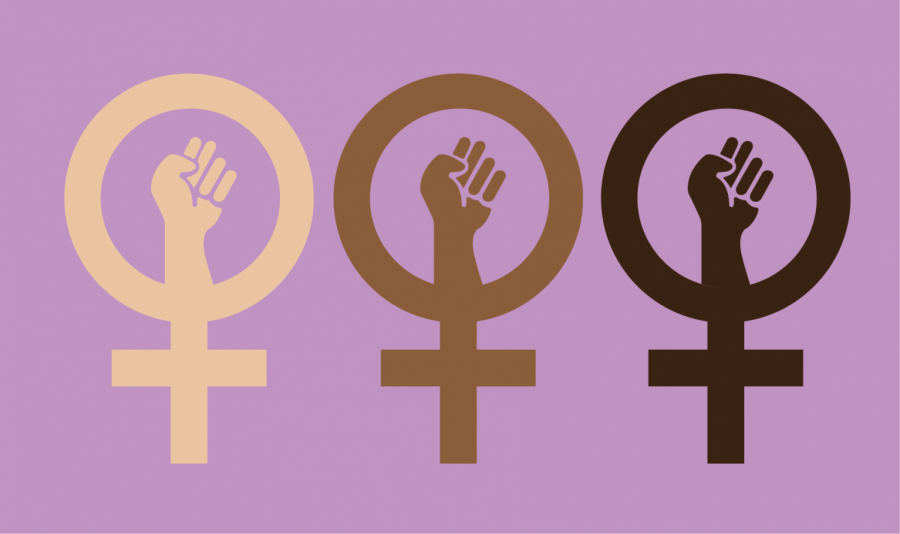 I grew up wanting to be white. I wanted baby blue eyes, long blonde hair, porcelain skin and the privileges that came with it. No one had ever explicitly told me that there was something wrong with my brown eyes, big coily hair or brown skin. There was just something that I instinctively picked up on that told me that who I was was not good enough.

I grew up knowing that my life was going to be a little bit harder because I am a woman. It was not until I was 18-years-old that I realized that my race was also going to play a role in my struggles to be an American citizen in pursuit of life, liberty and happiness. As of Fall 2019, our university is standing at 18 percent ethnic diversity.

Of the 17,500 students in attendance, that means that only approximately 3,000 of them are people of color. This is no surprise to me considering that I am typically the only Black person in most of my classes at the university.

College is a difficult transition for most people. Now just imagine being a double minority shamed by the white spiral of silence. With the rise of the #MeToo and Time’s Up movements, it has been nice to see women and men band together to fight the sexist patriarchy.

On the other side of that coin, it is disheartening to see that there are still so many white people who continue to deny systemic racial biases and inequalities that have been sewn into the red, white and blue flag that we pledge allegiance to.

Don’t believe me? Well try this on for size. I could say something like “Men are trash” and receive the utmost applause and approval. However, if I were to say “White people just don’t get it,” I would potentially be canceled. Why? Because we live in a world that is more willing to accept institutional sexism versus systemic racism.

One of the things that I hate most about the world is being put in positions that make me choose between my race and my gender. I am a Black Woman. Not one. Not the other. Both. The 15th amendment gives all men in spite of “race, color, or previous condition of servitude” the right to vote. Four amendments later in the year 1920, women were granted the right to vote. Historically, white feminism has taken over the feminist narrative, putting women of color in difficult positions.

In October, I had the privilege of attending the National College Media Convention in Washington, D.C. One of the workshops that I sat in was called “Why Don’t We Just Call It Racism,” and it spoke to every ounce of my soul.

Panelist Dr. Tamara Zellars Buck from Southeast Missouri State University stated that “Racism is systematic. In that case, you’re not bad people—it’s a bad system, and you [white people] can’t take that personally. We have to hold people accountable if we expect change.”

As beneficiaries to the cultural system that was made to oppress people who look, talk and act like me, it is not anyone’s place to question the validity of our hardship. It is however, our responsibility to promote progression.

I was not born with the privilege to be favored by the system. Whether it be having to explain sexual assault, harassment or consent to men who have dismissed the sexual desires or concerns of women, or whether it be turning grayscale concerns into color for colleagues that have known nothing other than a white washed world, I was born with the responsibility to speak up. As exhausting as rising from the racial ruins of my surroundings is, it is a reality that I cannot escape.

I am a Black Woman. And for years I carried this fact as a burden that was shackled to society’s low expectations of who I am and who I should be. I am a Black Woman. And today, I carry this fact as the utmost privilege. I look at my brown eyes, my coily hair and the glow of brown skin with pride. I am stronger because of all these things, and I am grateful for any opportunity that I am given to bring color and life to any room that I walk in, any table that I sit at and every ceiling I put a crack in.