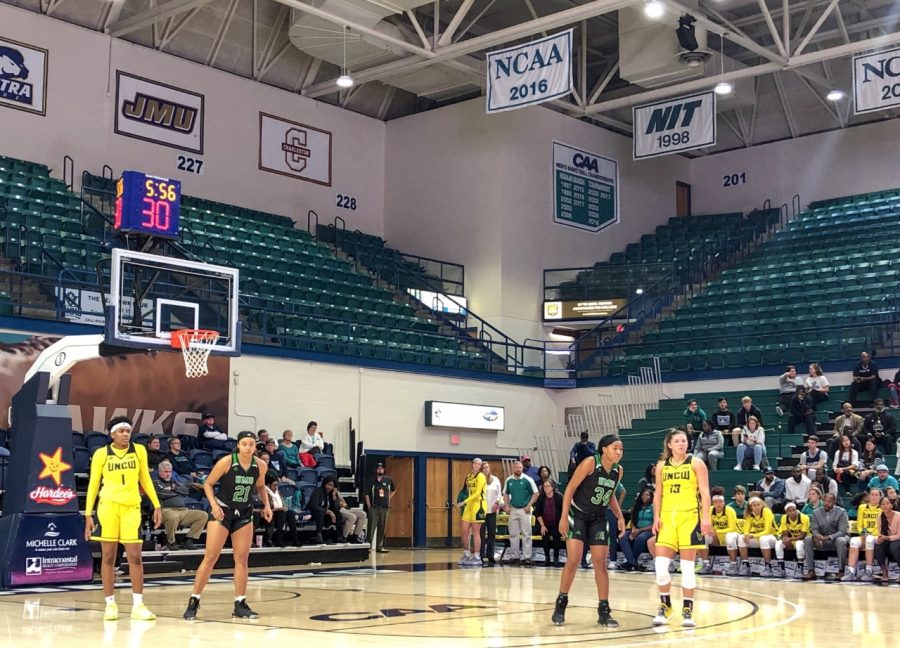 WILMINGTON — UNC Wilmington improved its record to 2-3 Wednesday night as it outlasted Mount Olive 75-67 in Trask Coliseum. The win was the Seahawks’ 15th out of their last 16 at home.

From the opening jump, the Seahawks never trailed, tapping the ball to senior guard, Lacey Suggs, for a quick two points; a trend that continued for the next two quarters as she set the tone for her team. Suggs left the game twice, once in the second and again in the fourth, due to issues with leg cramping.

“I was in pain, but I just had to push through, because I mean, it was a fight through the end and I just try to do what I can for my team” said Suggs. She did more than push through, finishing with 18 points and six rebounds.

Carol-Anne Obusek was huge for the Seahawks on the block, using her size against a much smaller Mount Olive team.

“It’s something we’re going to attack going forward” Obusek said of her and fellow teammate, Jessica Munoz’s presence in the paint. Obusek finished with 16 points and nine rebounds.

The Seahawks were seemingly on their way to putting the game away late in the third, leading by as much as 18, but Mount Olive clawed its way back in the fourth, getting the game within two points.

“Coach Roman talked about how hard they play and how they were gonna come with energy, and they did,” said head coach Karen Barefoot. “At times there were spurts of certain players doing really well, but our overall team effort for 40-minutes wasn’t there.”

UNCW will look to continue the momentum of its last two wins as the Seahawks finish out their three-game homestand against Kennesaw State on Saturday at 2 p.m.