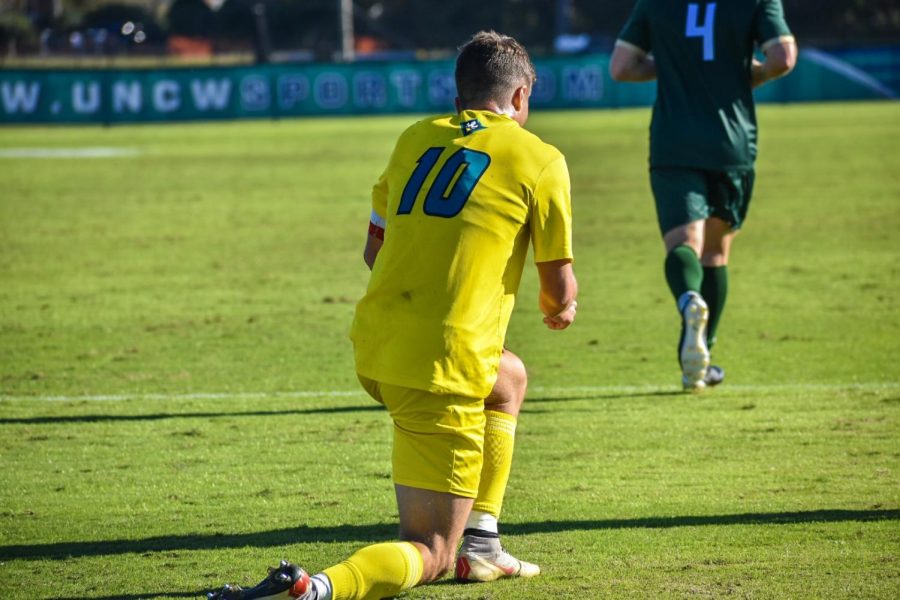 WILMINGTON — A season high of 1,108 people came out to cheer for UNC Wilmington on Sunday afternoon in the Colonial Athletic Association Championship game. The Seahawks fell to James Madison 1-0 in double overtime after a late goal by Niclas Mohr in the 107th minute.

It was a physical game until the end with 28 combined fouls and nine cards issued. UNCW played over 77 minutes one man short after Jacob Evans received a red card early in the first half.

“I could not be more proud of my guys, we left everything on the field here,” said head coach Aidan Heaney. “You know, playing with 10 men for as long as we did.”

“I told the guys after the game, ‘you can’t speak highly enough of our character. To go out, get a red card and have that problem just show up and we still control part of the game and we’re still knocking on the door. It shows that we’re great,'” said Goodrum. “I can’t say enough about the character of this group.”

The Dukes secured the CAA’s automatic NCAA Tournament berth along with the championship. UNCW waits in the wings to see if it will receive an NCAA Tournament spot. The seedings will be announced on Monday, Nov. 18 and the tournament begins the following Thursday.