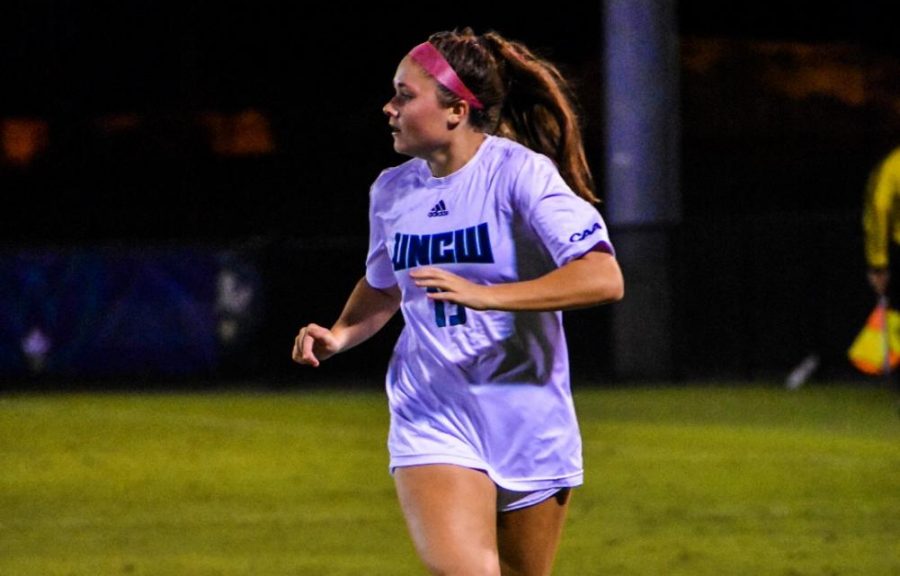 Freshman forward, Emily Moxley, scored UNC Wilmington’s goal in a double-overtime tie against Hofstra on Sunday, securing a point for her team and a second Colonial Athletic Association Rookie of the Week honor for herself.

With the tie at Hofstra, led by Moxley’s goal, and a win over James Madison on Thursday night, the Seahawks’ record is now 10-4-1 overall and 6-1-1 in conference play.

Moxley has started all but one game for the Seahawks this season. She currently stands as the team’s leading scorer with 17 points off five goals and seven assists and ranks third in the CAA for points-per-game with 1.21.

The Seahawks will finish off their season on Sunday, Oct. 27 with a match at Delaware. That contest is set for a 1 p.m. kickoff.