Humans of the Dub: Skydiving 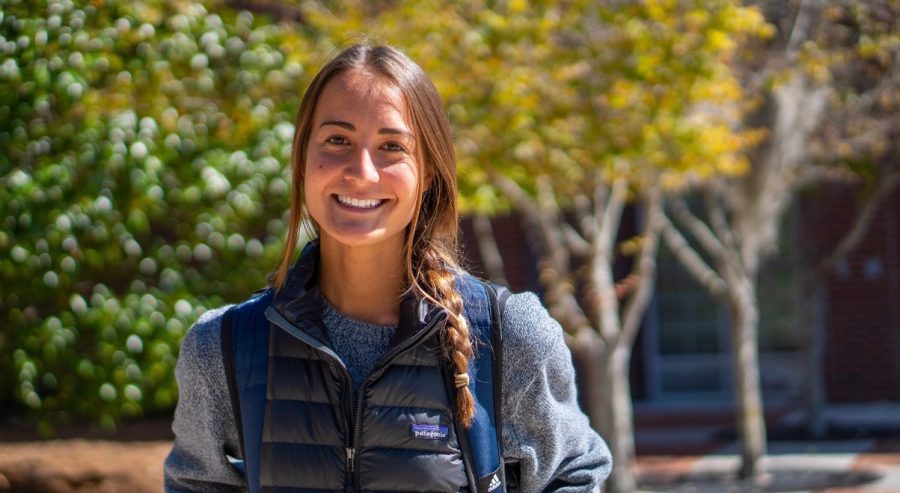 How has HOTD changed you over the past year?

I think I’ve become more confident in approaching strangers. I’m typically very introverted, and HOTD has helped me approach people with the goal of connecting with them. Connecting with people can be hard especially as an underclassman, but it’s a cool thing to have someone open up to you and share their experiences with you.

Does it feel rewarding after you complete an interview and you learn something about someone you just met?

It definitely does. It’s very interesting to have a 10-minute conversation with someone and learn so much about them in that short amount of time. We all have such different experiences here at UNCW, and it’s really interesting to hear about the things that other people are going through.

What is something you are looking forward to in the next couple of months?

I’m meeting my friend in Paris in December. She’s studying abroad, and we’re planning to spend a week together in France. We’re going to travel to several French cities together over that time. It’s been a goal of ours since we were younger and now it’s finally happening! I’ve never been to Europe, and I’ve never been outside of the country, so I’m nervous about it but excited at the same time.

What is something that you wish you could experience for the first time over again?

I wish I could experience Game of Thrones for the first time over again. I have watched the show four times all the way through. Eight seasons of episodes that are around an hour long. The experience was better with each time I watched it, but I wish I could go back to that first time when I didn’t know what was going to happen.

What was so special about the first time watching Game of Thrones?

I remember the first time watching it. I would be very confused while watching with my sister. I would be the one asking questions, and she would just tell me to be quiet and watch as something amazing happened. The show had this magic to it that always kept you on your toes. The way it navigated from one story to the next always kept you interested. Also, the show had the best plot twists and could always find a way to shock you with something incredible happening.

If all jobs had the same pay and the same hours, what job would you choose and why?

I would choose to be a photojournalist. I don’t think they get paid a lot, but I think they deserve to. Being a photographer requires so much intelligence and creativity. When you have to acquire that skill and then be a journalist at the same time, I feel like that’s a special thing. You could do so many different things with that job, so that’s what I would want to do.

What is something that you think everyone needs to do at least once in their lives?

Everyone needs to skydive! I went skydiving this summer, and I was so afraid to do it at the moment. While in the plane, I contemplated just not jumping and waiting until we landed. The entire freedive time lasted about 60 seconds, but it felt like it lasted 10 minutes. It creates a moment where life doesn’t seem real, and you’re just falling to the ground. It felt freeing in a way. Once you pull the parachute, you just slowly glide down and you get such a beautiful view of where you are, and you’re able to take everything in at once.