“Joker”: portrait of a jester 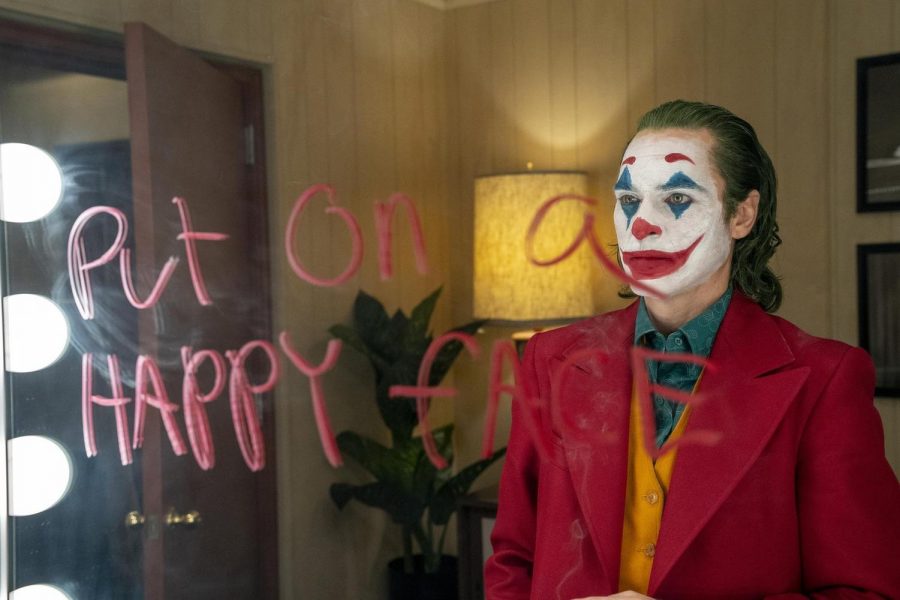 It would be no lie to suggest that DC Comics is Warner Brothers Entertainment Inc.’s most important intellectual property in terms of worldwide theatrical film exhibition. “Joker’s” stunning box office gross, amassed in the span of three weekends as of this writing, is just another in a long line of instances that support this claim. Directed by Todd Phillips (who previously helmed “The Hangover” trilogy), “Joker” utilizes the clown prince of crime, a character known by virtually everyone in the world, to effectively sell a 70s-inspired crime thriller to masses while simultaneously providing an engrossing character study into the depraved mind of a psychologically damaged individual.

Adapted from DC Comics narrative while branching off to tell a purely cinematic story, Joker tells the story of Arthur Fleck, a man living with his mother and working as a clown who aspires to become a comedian. Of course, this pursuit is preempted by a series of events that, throughout the runtime of the film, erode Arthur’s mind until he is essentially transformed into the human monster comic fans love to hate.

The film’s R rating suggests that the film adopts a decidedly mature tone. This is absolutely true; this film is much more drama than action—Joaquin Phoenix does not play a deliciously entertaining type of Joker like Jack Nicholson or Heath Ledger; rather, the first order of this film’s Joker, as well as the film itself, is to be unnerving as possible and showcase the dangers of leaving mental illnesses untreated. The film’s innovative cinematography and appropriately repulsive production design are both wholly dedicated to this mantra, and the film more closely resembles 70s crime thrillers such as “Taxi Driver” and “Dog Day Afternoon” than any pre-existing “Batman” film as a result.

I would be remiss not to discuss the brilliant performance work done by legendary actor Joaquin Phoenix. The film follows his character and is told from his point-of-view throughout the entire runtime, and that never feels like a bad thing, not even for a second. Joaquin takes this film and makes it his own—essentially, he is the film—by becoming a three-dimensional version of the Joker; he provides new ideas to the role, most prevalently the idea that his iconic laughter stems from nerves rather than mental illness and paints a macabre portrait of a man who never had the opportunity to become a real adult.

Another fascinating aspect of this film is the musical score provided by Icelandic musician Hildur Guðnadóttir. While there exists a repetitive use of the core musical motifs, the score shakes viewers to the core with its ghoulish strings and darkly baroque accordion. The score changed my view of Arthur as it accompanied his misconceived dancing; I viewed the character as the reprobate jester pestering the court in the time of the crusades.

If there is one notable flaw, it is the directorial tendency to draw out scenes and images beyond their maximum capacity of engagement, especially as the film got closer to its end. Many moments feel like they last a few seconds longer than they should. This indulgence reveals a director fairly new to “serious” filmmaking who, while showcasing plenty of unique and unforgettable ideas, is perhaps still learning to harness his instinctual concept of what belongs on the screen and when.

Overall, Todd Phillips’ “Joker” is a modern blockbuster far removed from its counterparts. It is a bold film that dares to showcase a well-known character in a way that few have ever imagined him. It is one of the most important films of the year, and a quintessential comic book adaptation that deserves to be seen in theaters by comic book fans and casual moviegoers alike.