Schneider gets Defensive Player of the Week nod 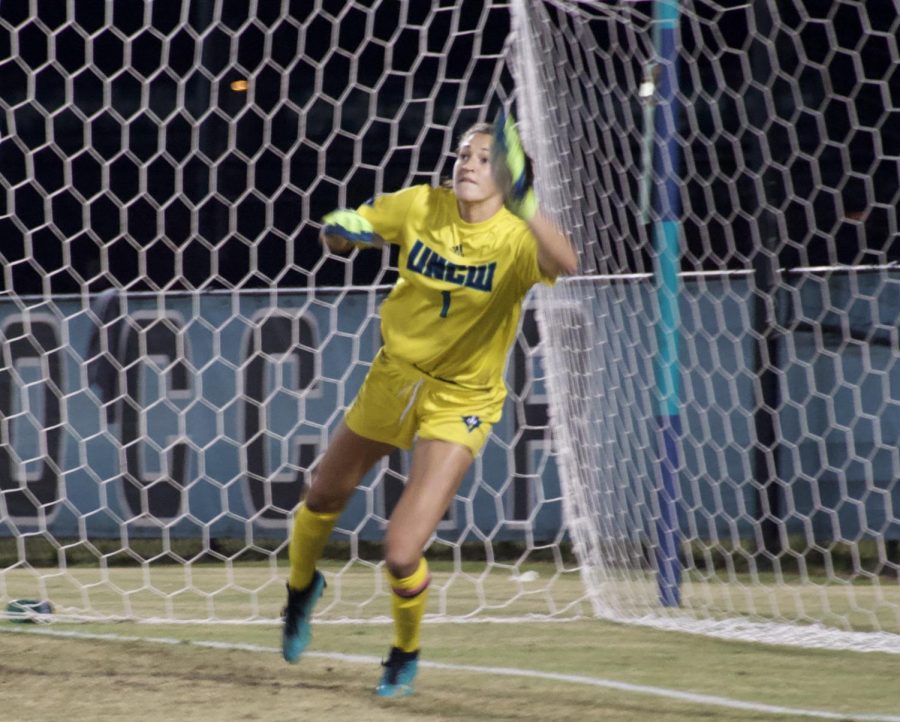 It has been a big week for Sydney Schneider and UNC Wilmington.

After the team’s 2-0 and 1-0 wins over Drexel and William & Mary, Schneider secured Colonial Athletic Association Defensive Player of the Week honors as UNCW secured its fifth–straight shutout, a school record.

They have held opponents scoreless for over 452:50, which is just seven minutes shy of knocking out a second program record in most minutes played without allowing a goal.

Each of these five victories came with junior goalkeeper Schneider anchoring the Seahawk defense in goal. Schneider has now improved her goals against average from 1.39 to 0.87, ranking her second in the CAA.

“I’m very happy for Sydney,” head coach Chris Neal told UNCW athletic communications. “Her performance has been a massive factor in our five straight shutouts in the CAA. I know she appreciates the defensive effort from her teammates in front of her.”

This is Schneider’s first CAA weekly honor. She made two saves in the Seahawks’ 1-0 victory over William & Mary and added two more in a 2-0 triumph over Drexel on Oct. 13. Schneider has appeared in every game of the season, making a total of 42 saves so far. She and the Seahawks will look to extend their hot streak as they travel to Hempstead to play Hofstra on Sunday, Oct. 20.