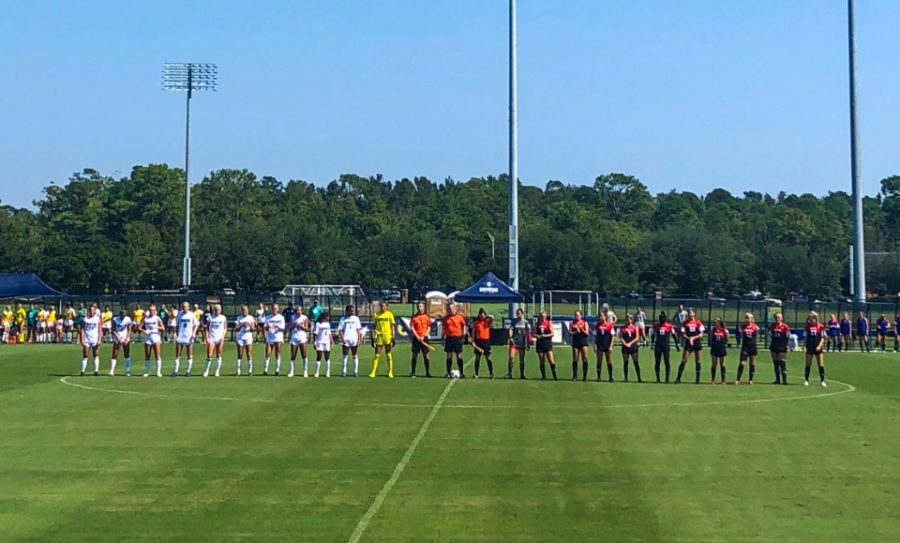 After being named Colonial Athletic Association Rookie of the Week on Oct. 7, Emily Moxley got her fourth goal of the season on Wednesday night, securing UNC Wilmington’s fourth-straight win.

“For me, that goal was one of the best if not the best goal I’ve seen in my two seasons here,” said Neal. “Moxley, when she makes her mind up, she is a terror. She was phenomenal.”

Coming off Rookie of the Week honors has left Moxley far from satisfied.

“It feels great, but we’re not done yet,” said Moxley. “We’ve got to keep building.”

Neal echoed Moxley’s message of continuing to build off the momentum of this streak.

The Seahawks look to keep the momentum going on Sunday, Oct. 12, as they face Drexel with a noon kick-off.