“You’ll learn more about yourself from failure than you do success." 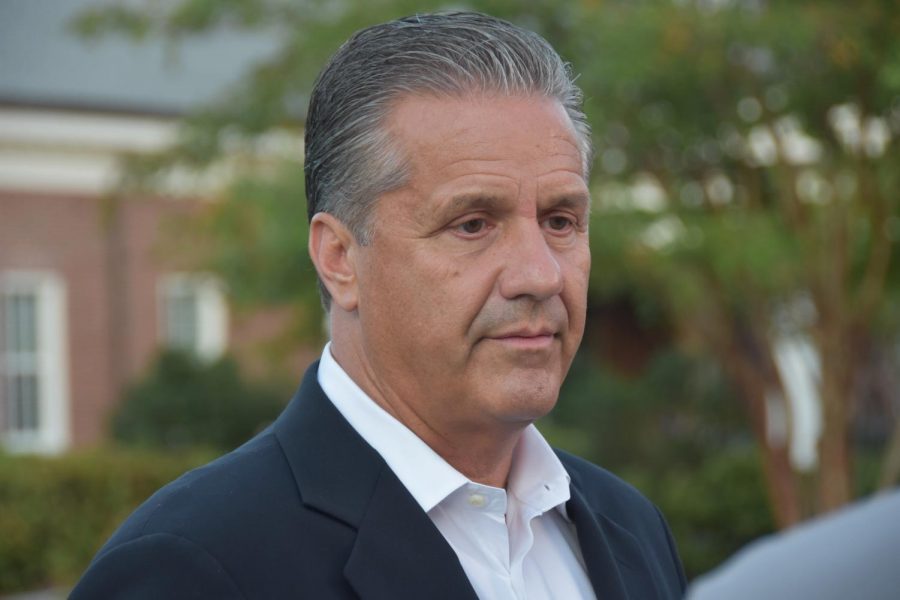 Each year has featured a big-name keynote speaker to close out the banquet. ESPN analyst Seth Greenberg spoke at the 2016 dinner, while North Carolina head coach Roy Williams and Clemson head coach Brad Brownell — both of which had past ties with UNCW — spoke at the last two respectively.

And this year was no different; UNCW welcomed Kentucky head coach John Calipari to the Port City to ring in the 2019-20 basketball season.

Calipari, unlike any of the speakers in years past, at one point wore a Seahawk uniform. Before he became known for his ability to lead a program, he was a backup point guard in Wilmington from 1978-1980, before he transferred to Clarion University to play out the rest of his college career.

As a college coach, Calipari now has over 700 wins, a national championship, has reached four final fours and has led his teams to a combined 15 conference tournament titles and 15 conference regular season titles.

While his relationship with Calipari may not be as close as the one with Williams, UNCW head coach C.B. McGrath still shared some of his memories of the Kentucky coach — even though the latter probably does not remember it.

As UNCW head coach C.B. McGrath recalled, a Calipari-led Massachusetts team took on Kansas in 1994 — a Kansas squad on which McGrath was a freshman. After its starting point guard was injured, Kansas turned to McGrath. To McGrath’s relief, however, the Jayhawks’ starter was good to go by game time.

On a more serious note, Calipari shared some words of wisdom with the team.

Calipari did not just keep his focuses on basketball. He spoke about anything he thought would have meaning and a positive impact on not just the team, but everyone as individuals.

Calipari closed his speech with what many would consider his most important point — joy.

UNCW basketball kicks off at home with a matchup against Johnson & Wales on Nov. 5 with a 7 p.m. tip. And with the season just over a month away, McGrath shared some confidence in his team — confidence that rang beautifully in the ears of the Seahawk faithful.

“There’s nobody within our basketball program, that expects or believes anything less,” said McGrath on winning a CAA championship this season. “And that’s half the battle right there. We are a group that is much more coachable and talented, and they are going to do exactly what we say, and we’re gonna get it done this year.”