This just in: JUULs and vapes are still not cool 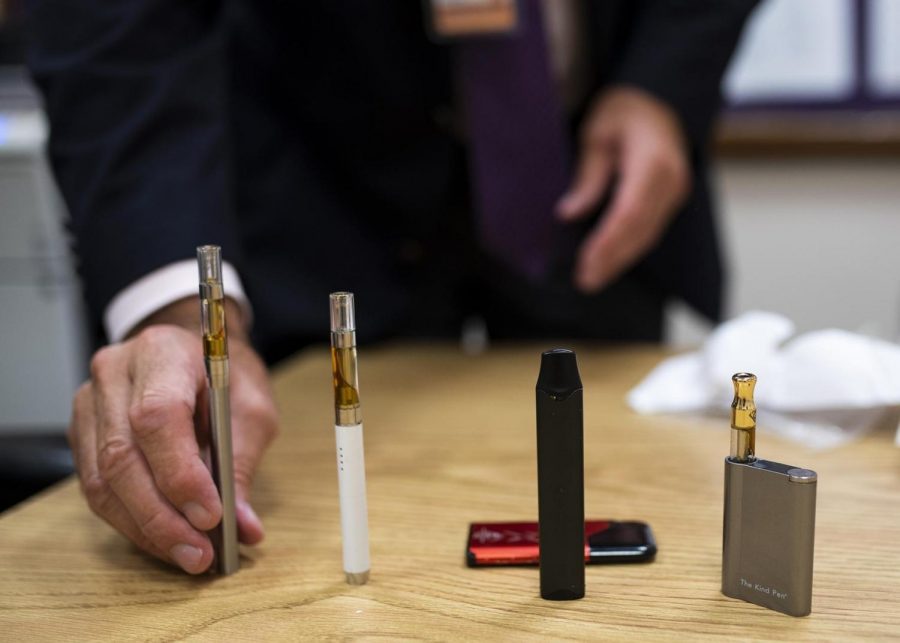 While vaping has been around for several years, JUULS picked up steam and have been all the rage since my freshman year at UNC Wilmington.

Thank goodness I did not have to deal with that in high school like my sister and all her friends currently do; we had other pressures and lame fads.

Since the article I wrote my freshman year about JUULs, Juuls: The millennials cigarettes, there have been several recent developments and pushes-back regarding JUULs and vaping.

According to The Washington Post, on Aug. 23 the first illness linked to vaping was reported in Illinois. The Center for Disease Control and Prevention (CDC) noted that since then they have been investigating around 200 related cases in 22 different states.

Following those initial reports, there have been at least four deaths linked to vaping.

The CDC has also noted that a common thread between all of these cases of “serious lung illnesses” is vaping and specifically the use of these products containing “THC (a compound in marijuana) or cannabinoids (like the synthetic drug K2).” With symptoms like breathing difficulty, chest pain, tiredness and vomiting among other issues.

So, despite all these recent reports, are teens and young adults still using vaping and JUUL products? At this point, it seems ridiculous to want to continue using these products that we know very little about the health effects – they can not be much safer than cigarettes.

Besides the lame excuse of “looking cool,” I can not seem to come up with a reason for using these products unless, of course, you are trying to stop smoking cigarettes, which are the original intended use of JUULs and vapes. But I am pretty sure all the high school- and college students using these products are not using them for that purpose.

Although, JUUL specifically is taking some heat in relation to that marketing strategy. As of Aug. 9, the Food and Drug Administration (FDA) is calling out the company. The FDA issued a warning letter for the company, which they said violated their terms.

“Referring to your ENDS products as ‘99% safer’ than cigarettes, ‘much safer’ than cigarettes, ‘totally safe,’ and ‘a safer alternative than smoking cigarettes’ is particularly concerning because these statements were made directly to children in school. Our concern is amplified by the epidemic rate of increase in youth use of ENDS products, including JUUL’s products, and evidence that ENDS products contribute to youth use of, and addiction to, nicotine, to which youth are especially vulnerable.”

Amidst all the legal jargon, the letter essentially lists why JUUL is in violation of FDA guidelines and informs them that they need to correct these issues within 15 days. By the way, they marketed their products as safer than cigarettes without FDA approval.

I am curious to see how JUUL responds to this and plans to fix these issues.

According to Time, JUUL has until 2020 to seek approval as a tobacco product, since they are currently not FDA-approved.

I would not be mad if the FDA did away with JUUL, especially since much like vapes, JUULs flavor pods have really catered to teens with fruity or fun flavors. Thankfully, the company chose to stop selling many of these flavors in stores in addition to halting their Instagram and Facebook accounts, according to Time.

I am not an advocate for vaping or JUULs, for the simple fact that they can not be good for you and the feeling that they are just annoying. While we are still in the early stages of figuring out the harmful side effects associated with these products, there is still the inclining that we should stop using them.

Studies have shown links between the use of e-cigarettes (e-cigs), like JUULs and vapes, and  “vascular, respiratory and cellular damage,” while other federal organizations are researching the links between e-cigs and “seizures, injuries resulting from exploding devices—and, now, pulmonary diseases,” according to Time.

The most worrying issue with these products is the unknown effects of all the chemicals and their potential damage to your health.

So, I urge you to ask yourself or anyone you know who uses these products to step back and ask yourself: “Why am I using this and do I really need it?”

The answer is no. You do not need it.