Jones one of five Seahawks honored 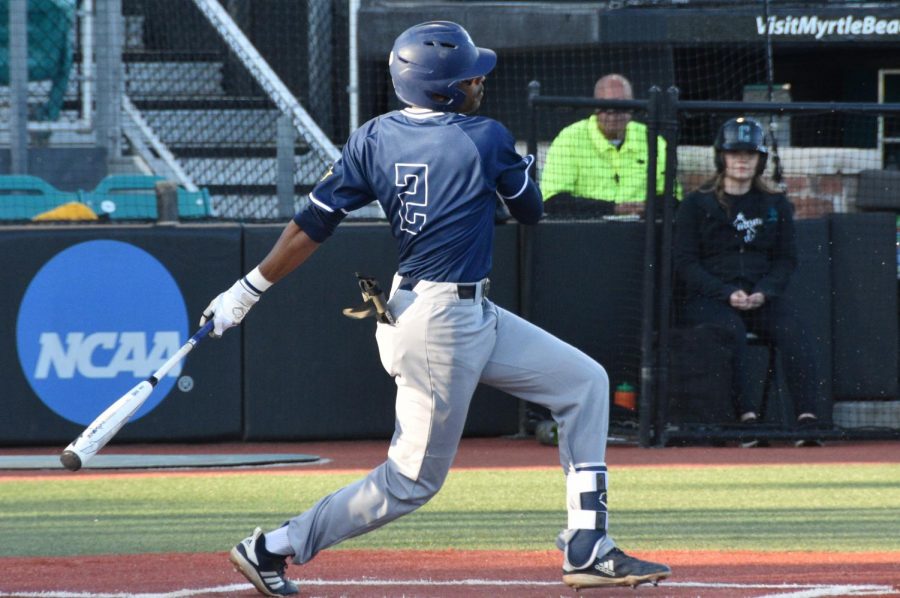 For only the seventh time in UNCW history, a Seahawk has been named Bill Brooks CAA Player of the Year.

Sophomore shortstop Greg Jones, who led the league in four statistical categories this season, earned the award after displaying one of the strongest offensive seasons in recent memory. Jones led the Colonial Athletic in runs scored (62), on base average (.482), triples (8) and walks (48). He was second in stolen bases with 37.

Jones showed great improvement from his freshman season, where he had only 16 stolen bases and an on base average of .412.

Along with Jones, Brown and Weiss were named first-team All-CAA after solid seasons. Following last year’s departure of several key players, Brown and Weiss had to step into larger leadership positions, which has been evident in the Seahawks’ play.

Brown currently reps 52 RBIs and 14 doubles, while leading the team in home runs (7). Weiss leads the league in hits with 70 and has a career high 43 RBIs on the season.

Meadows and Bridges have also enjoyed strong seasons, earning the two a spot at second-team All-CAA.

After taking over the starting second base spot, Meadows boasted 36 runs, 49 hits, 14 RBIs and 14 doubles. Bridges had 39 RBIs this year, including five against College of Charleston on April 27.

UNCW kicks off the CAA tournament on Wednesday, May 22 with the first pitch set for noon. Luke Gesell is projected to start on the mound for the Seahawks.