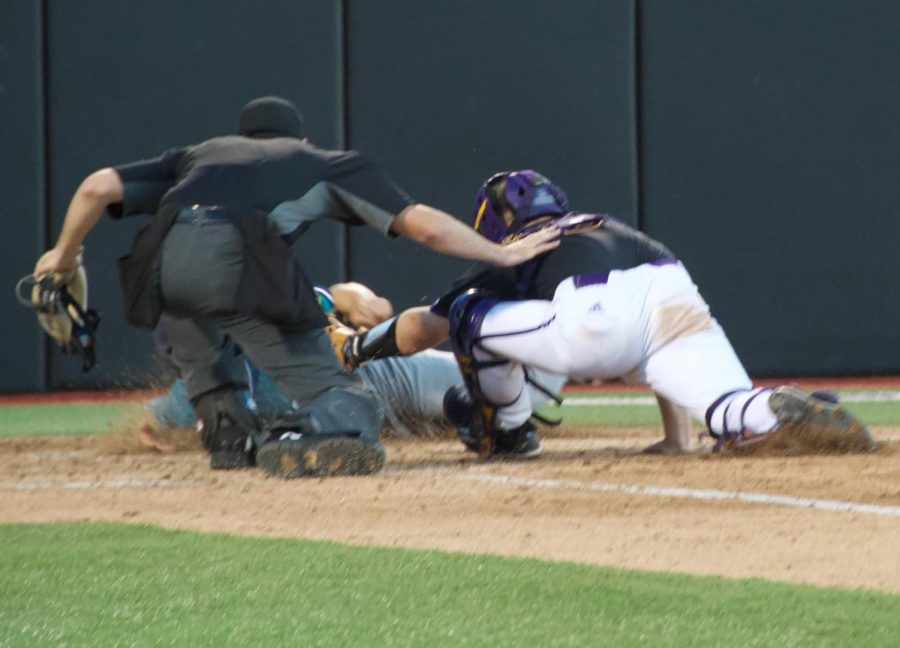 GREENVILLE, N.C. — UNC Wilmington extended its losing streak to six games with an 8-5 loss to no. 11 ECU at Clark-LeClair Stadium on Tuesday night.

The Seahawks (20-22) rallied three times before pulling ahead in the top of the eighth with RBI hits from Chris Thorburn and Jackson Meadows. A Meadows error in the bottom half opened the floodgates for the Pirates.

Senior Justin Walke made his second career start and more than delivered after pitching 6.1 innings of relief in two appearances dating back to the April 16 loss against NC State. The Terry Sanford graduate tossed 4.1 innings of one-run ball against the Pirates (30-10).

After surrendering a leadoff double to ECU left fielder Bryant Packard that the Pirates cashed in, Walke generated a lot of soft contact off the Pirate hitters over the rest of his outing.

The Seahawks tied it for a brief spell in the top of the fourth when sophomore Doug Angeli was called safe at home plate on a Zachary Bridges single. ECU coach Cliff Godwin made use of the replay technology available at Clark-LeClair and the umpires overturned the call.

The Seahawks hung tough and scored five runs after the sixth inning. Seven two-out hits kept rallies alive and accounted for three two-out Seahawk runs. UNCW even had runners on the corners with two outs in the ninth, but couldn’t come back from the three-run deficit.

Although ECU and NC State have been in-and-out of the national top 10 throughout the season, the losing streak comes just after UNCW won five of seven to start April. Its been two-steps forward, two-steps backward for the Seahawks in Scalf’s final year.

With an at-large bid thrown out the window weeks ago, the Seahawks now must focus on their remaining CAA slate and the conference tournament if it wants to extend Scalf’s year to the NCAA tournament. 12 of UNCW’s last 14 games are CAA opponents.