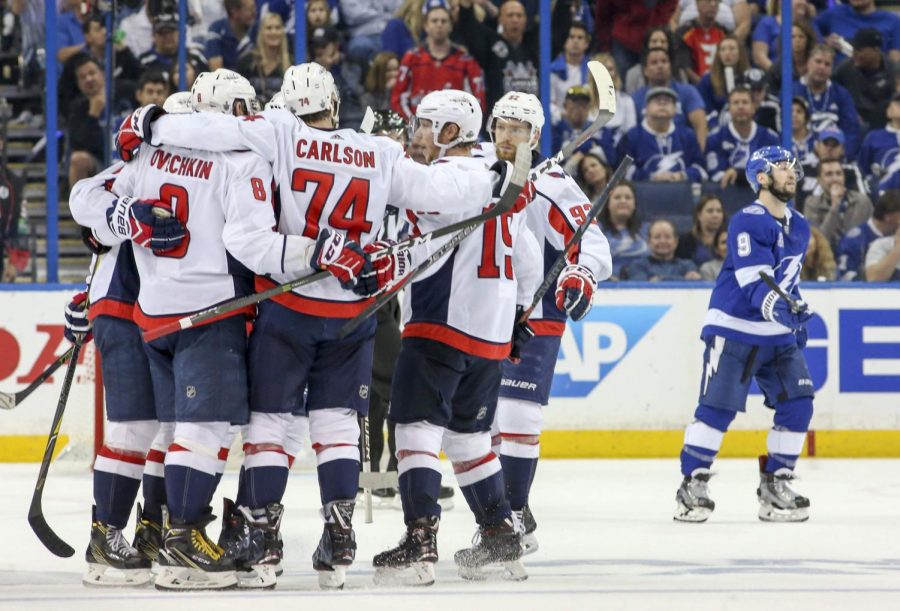 On Wednesday night, 16 teams will compete for the opportunity to win the most historic trophy in North American sports, the Stanley Cup. Following a grueling 82 game schedule over seven months, one team will need to win a total of 16 games to capture Lord Stanley. Let’s take a look at five stories to watch heading into the Stanley Cup Playoffs.

The 2018-19 NHL season saw a few surprise teams have successful season’s and find themselves with the opportunity to compete in the playoffs. First up, the Calgary Flames. Last season the Flames went 37-35-10 for a total of 84 points. In 2018-19, the Flames had a huge bounce back and finished 50-25-7 for a total of 107 points. The 107 points tie them with the Boston Bruins for the second most points in the entire NHL. The 23 point difference is also tied with the New York Islanders for the largest improvement in regular season point total between last season and this season. Following breakout seasons from players like Sean Monahan (82 points in 78 games), Elias Lindholm (78 points in 81 games) and Matthew Tkachuk (77 points in 80 games), the Flames are looking to bring their first championship to Calgary in 30 years.

As previously mentioned, the Islanders were also a big surprise to many when it comes to being a playoff team. Following the loss of their captain and superstar John Tavares to free agency, the Islanders were left in a complete stage of transition. Bring in head coach Barry Trotz, who led the Washington Capitals to a Stanley Cup championship, and the Islanders began to see major improvements. The Islanders managed to have three separate win streaks throughout the course of the regular season in which they won at least five games. The Islanders also hit the 100 point mark for the first time since 2015-16 with 103 points. Led by one of the most talented young players in the NHL in Mathew Barzal and veterans like Brock Nelson, Anders Lee and Josh Bailey, the Islanders will be looking to build off of their last postseason appearance in which they won their first playoff series in 24 years.

Finally, the Carolina Hurricanes. The Hurricanes will be competing in their first playoff in 10 years, in which the Hurricanes went all the way to the Eastern Conference final, before losing to the Pittsburgh Penguins in four games. One of the biggest differences to the Hurricanes success this season has been the strong goaltending performances they have gotten out of Petr Mrazek (who the Hurricanes acquired in a trade with the Philadelphia Flyers) and Curtis McElhinney. This has helped solidify one of the weaker parts to the Hurricanes roster in previous season’s and has allowed their young talent in other areas to shine. Both Sebastian Aho and Teuvo Teravainen both set career highs in points (Aho with 83 points in 82 games and Teravainen with 76 points in 82 games) and rookie Andrei Svechnikov finishing tied for third among NHL rookies in goals with 20.

Can the Tampa Bay Lightning continue their dominance?

It is no surprise to anyone who has been watching the NHL at all in 2018-19 that the Tampa Bay Lightning have been far and away the best team in the league since the beginning. Nikita Kucherov is almost a lock to win the Hart Trophy as league MVP, following a 128 point season (41 goals and 87 assists). Kucherov’s 87 assists are the largest total assist number posted by a player in this decade, surpassing the previous mark set by Sidney Crosby in 2013-14 and Claude Giroux and Blake Wheeler last season with 68. The Lightning has three players in the Top 20 in total points with Kucherov, Steven Stamkos (98) and Brayden Point (92). When comparing this to the rest of the NHL, no other team has more than two. The Lightning also tied an NHL record with 62 wins in the regular season, which was previously set by the 1995-96 Detroit Red Wings, who went 62-13-7. This is slightly better than the 62-16-4 record set by the Lightning. With a long, grueling playoff road ahead, with potential second-round opponents being the Boston Bruins or Toronto Maple Leafs, the Lightning will have major targets on their back as somebody tries to beat the President Trophy winning Lightning. The Lightning will open up with the Columbus Blue Jackets in the first round.

Who comes out of the Central Division?

The Central Division (along with the Eastern Conference’s Metropolitan Division) is typically called the best division in the NHL and for good reason. Both the Central and Metropolitan divisions turned out five playoff teams and the difference between first and third in the division standings being just a few points. The Nashville Predators won the Central division with 100 points for the second year in a row, but they had to wait until the last day of the regular season to clinch it. This is because the Winnipeg Jets and St Louis Blues both were right in the mix to win the division until the very end. The Jets and Blues both finished with 99 points, with the Jets finishing ahead of the Blues in the standings because of the Jets having more regulation and overtime wins (45) over the Blues (42). With both the Dallas Stars and Avalanche getting in as well, the question becomes who will represent the Central division in a Western Conference Finals scenario? With the Predators, Jets and Blues all making the Western Conference Final within the last three years, it is safe to say any team has a shot. The Predators will open up with the Stars while the Blue and Jets will go head to head in the first round, with the Jets having home ice advantage in the series.

Can the Washington Capitals repeat?

After finally getting Alex Ovechkin the trophy that avoided his career since he came into the league in the 2005-06 season, the Capitals will be looking to become just the second team in over 20 years to repeat as Stanley Cup champions. Before the Pittsburgh Penguins were able to win back to back cups in the 2015-16 and 2016-17 seasons, you had to go back to the 1996-97 and 1997-98 Red Wings to find the last team to repeat. Ovechkin is coming off another outstanding season, as he managed to score 51 goals and 89 points in 81 games. This is the eighth time in his NHL career that he was able to score at least 50 goals in a season. His 51 goals awarded him with the Rocket Richard trophy, which is given to the player that scores the most goals in the NHL every year. This is the eighth time that Ovechkin has walked away with that trophy. With a good chunk of the roster from last season returning, the Capitals have a pretty strong chance to repeat.

A couple of first-round playoff rematches

For the second year in a row, we will see the newest franchise in the NHL battle one of their biggest rivals in Northern California and one of the oldest rivalries in hockey renewed in the first round. The Vegas Golden Knights, who many remember for taking over the sports world for their miraculous inaugural season, will face the San Jose Sharks in a rematch from the second round of the playoffs last season. In that series, Vegas won in it six, outscoring the Sharks 22-14, while picking up two shutout victories and winning a game in overtime. Over in the Eastern Conference, the Boston Bruins will face the Toronto Maple Leafs, in what many people are calling the evenest series in the entire first round. The Bruins and Leafs played each other to a Game 7 last year, with the Bruins coming out on top. Since 1969, the Bruins have managed to win the last five series against the teams, with the Leafs not claiming a series victory against the Bruins since 1959.

Staff Writer Brian Carpenter can be found on Twitter @carp_brian28. Any tips or suggestions should be forwarded via email to [email protected]