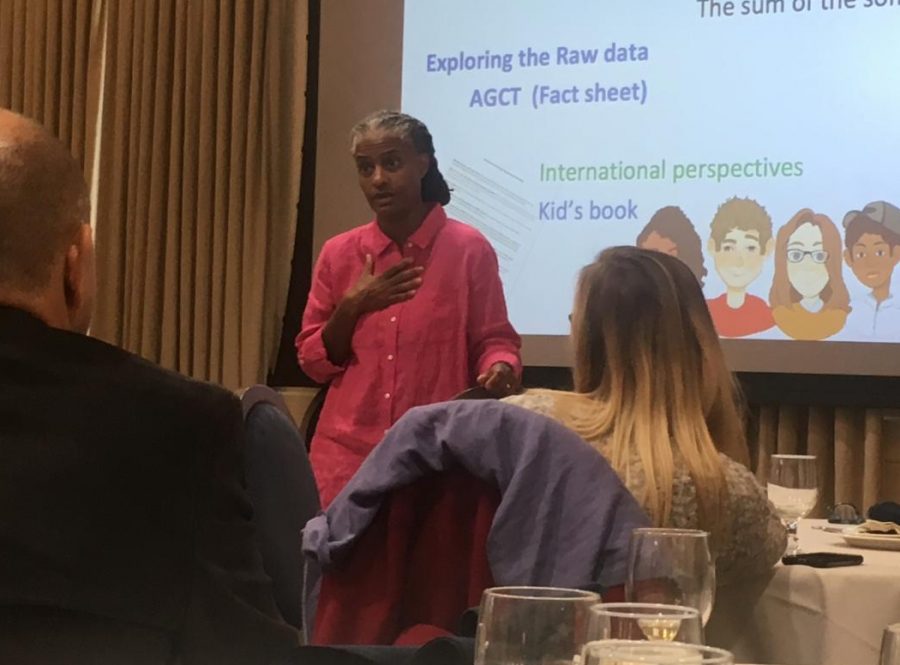 Foeman notes that most people are hesitant to talk about race, but people are more likely to discuss their DNA results, which often leads to discussions of race. The racial discussions reveal common misconceptions and surprising facts about many people’s heritage.

“It’s easier for black Americans to think of sharing Native American ancestry over European ancestry,” Foeman said. “The implications behind a black person having a large portion of European ancestry is more unsettling due to our history.”

These ancestry revelations have caused some emotionally-distressing reactions for some participants. One woman (whose name was not mentioned for privacy) had primarily identified as Asian-American. She was shocked to discover she had a significant portion of African-American heritage. The woman had previously received comments regarding whether she had African ancestry, but she often denied this because of racism (many kids would not play with her if they thought she was black.)

The woman had felt overwhelmed by the results and cried, but she later revealed that her DNA results “lifted a huge weight off my shoulders.” She is now proud to acknowledge the African heritage she shares.

For some people, the DNA results revealed deep family secrets. One woman discovered that the man she was told was her biological father was not actually related to her, and that there had been an affair in the family that had led to this misinformation. While this was a large revelation, the woman did not believe it defined her so deeply to have a negative impact on her life.

In the end, Foeman acknowledges that race is socially constructed and are not as biological as people believe they are.

“Most researchers agree that there is only one race—the human race,” Foeman said. “Our DNA is 99 percent the same, but we tend to focus on that one percent of our ancestry that is different.”

The final DIVE IN Week event is an international food “takeover” on various dining halls on campus, which will take place all day Friday, April 5. For a full list of events, visit @uncwambassadors or @uncwsga.