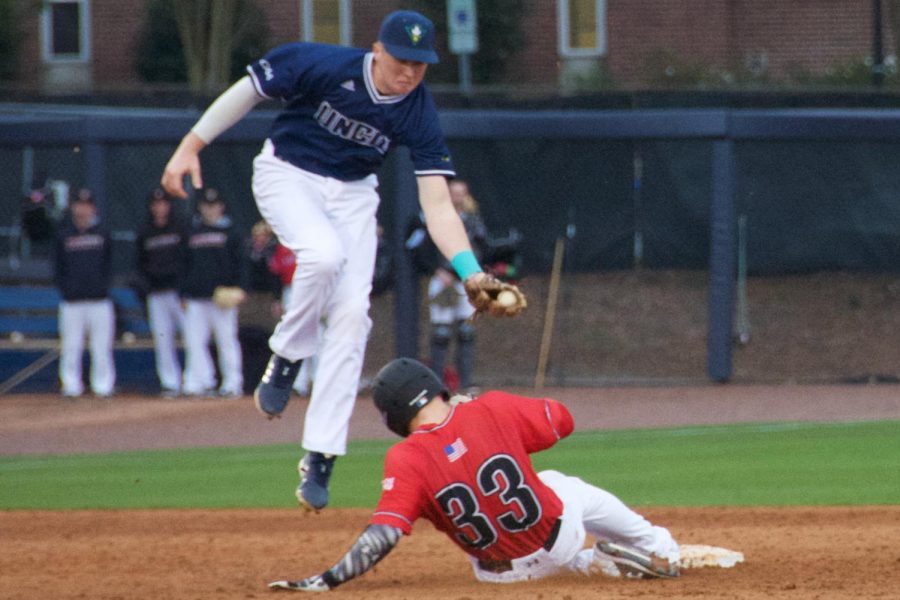 With baseball season nearly a quarter of the way through, the early standout for UNC Wilmington is third baseman Cole Weiss.

Adding another impressive achievement to the long-running list of accolades for Weiss was Tuesday’s announcement that the junior was named Colonial Athletic Association Player of the Week for the week of March 12.

Over four games, including a three-game weekend sweep of Sienna on March 9-10, Weiss batted .529 (9-of-17), drove in 10 runs and scored seven times. He also doubled twice and hit his first career grand slam.

As of March 15 he leads the Seahawks in runs batted in with 25, which also tops the CAA and is tied for 12th in the nation. Weiss leads the league in hits (25), comes in at second in batting average (.379) and sits at third in total bases (37).

Before the streak was snapped against Sienna on March 10, Weiss had a seven-game stretch when he drove in at least a run. Over that stint, he hit 18 of his 25 RBI. Weiss is currently on a career-high nine-game hit streak as of March 14.

His strong start gives the Seahawks assets as the season continues.

First, it adds a consistent bat to the lineup that the Seahawks desperately needed following the losses of Ryan Jeffers and Mason Berne to the MLB draft. UNCW will continue to need to have strong offensive performances from Weiss in order to make another push towards another CAA championship come May.

Second, Weiss has taken some of the offensive load off from his teammate Kep Brown, who has struggled to find his swing so far in 2019. Following a strong opening weekend, where Brown had six hits in the first two days of the season against Saint Joseph’s and Virginia Military Institute, Brown only has six hits in total since Feb. 17 and 12 total on the season. Brown is hitting just .188 in 16 games played.

Third, and most important, Weiss has taken the reigns to help lead a Seahawk offense that is very young. Among the 16 position players on the roster, 12 of them are either freshman or sophomores. One freshman standout to note for the Seahawks is Brooks Baldwin. Baldwin is currently tied for second in home runs in the CAA (3), second in slugging percentage (.613), doubles (6), walks (15) and total bases (38) and fourth in hits (21).

Weiss was named a preseason All-CAA pick by the league’s coaches and it’s clear to see why Weiss continues to become one of the staples of the UNCW baseball team. With the team preparing for a season-long seven-game road trip, including the start of CAA play against Towson, the Seahawks will look to continue to rely on Weiss to continue the run he has been on offensively.