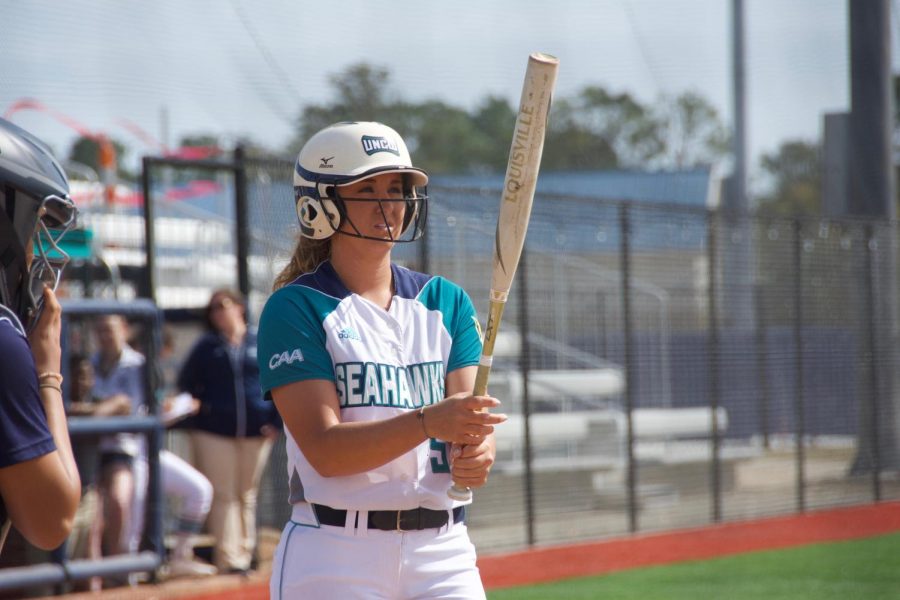 UNC Wilmington entered Friday with a 9-9 record and by the end of Sunday jumped to 13-10 after a 4-1 outing at the Jacksonville/North Florida Spring Break Challenge.

The games were split between the two host universities located in Jacksonville, Florida. The Pruitt Softball Complex is the home of Jacksonville while the University of North Florida Softball Field also hosted games.

Aside from the two host schools, seven other teams were welcomed to the tournament. UNCW (4-1), Ball State (4-0) and Jacksonville (4-1) were the only teams to finish the weekend with a winning record.

The Seahawks got work as soon as they arrived in North Florida on Friday. The Seahawks scored four runs on seven hits against Cleveland State en route to a 4-0 win in game one.

Junior Rylee Pate started the game and pitched five scoreless innings striking out three and allowing just two hits and two walks on the way to her sixth win of the season. The Mount Olive native now has a 6-3 record with an earned run average of 2.50 which ranks eighth overall in the Colonial Athletic Association.

A first inning single from freshman Casey Jones brought in the first run of the game. She finished the contest with two hits, two runs batted in and one run scored. Jones added a home run in the fifth inning to extend the Seahawks’ lead to 4-0.

Game two of Friday’s doubleheader started differently for the Seahawks. The Seahawks found themselves facing a 1-0 deficit after one inning against  North Florida.

Through the first four innings at the UNF Softball Complex, both teams were tied at two apiece until the Seahawks broke it open in the fifth.

Sophomore outfielder Carson Shaner gave UNCW an opening with a 2-RBI HR. She was followed by a Rachel Willis RBI double, a Taylor Smith 2-RBI double and a Hannah Adamczyk RBI double which catapulted the Seahawks to an 8-2 win. Senior pitcher Haley Lenderman (2-3) was credited with her second win of the season.

UNCW opened its Saturday doubleheader with a 6-3 win over Georgetown.

Jones picked up where she left off on Friday adding two hits and two RBIs while Shaner knocked in one run on two hits. Lenderman got the win for her second straight game and brought her record to 3-3.

The only loss the Seahawks suffered came in Game 2 of their Saturday twin-bill at the hands of Jacksonville. UNCW surrendered nine runs on eight hits in six innings and was never able to claw its way back.

Junior Dominique Travers homered in the sixth, driving in two runs to cut the Dolphins lead in half at 4-2. Unfortunately for the Seahawks, that was all they could muster. In the bottom of the sixth, JU plated five more runs, extending the lead to a final of 9-2. Pate took the loss (6-4).

Lenderman does it again

The Seahawks were able to bounce back on Sunday as they finished off the weekend with a 6-2 victory over LaSalle.

Travers continued her strong weekend at the plate with another homer to go with three total hits, one RBI and one run scored. Lenderman had another strong outing as well, allowing just two runs on five hits while striking out six with zero walks.