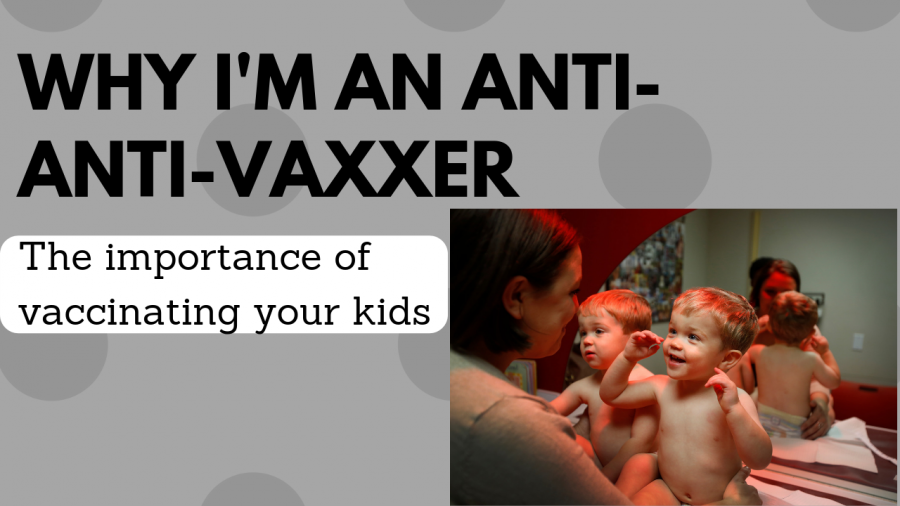 Rachel Gipson, 32, entertains her twin children Simon and Henry, age 2, while waiting to be seen by Dr. Lisa Stern, 54, a pediatrician. Stern attended a program that helps doctors talk to patients about vaccines when they are unwilling to vaccinate their children.

When the modern anti-vaccination movement first really surfaced in pop culture years ago, most thought it was another thing that would soon go the way of other passing mid-aughts fads like MySpace or low-rise jeans.

The conversation was sparked by British scientist Andrew Wakefield in 1998 with his now-withdrawn paper citing the measles, mumps, and rubella vaccine (MMR for short) as a cause for autism. Though the infamous paper was officially retracted Oct. 2018, this ridiculous “debate” keeps raging, with YouTube moving to demonetize anti-vax channels, Pinterest blocking searches on vaccinations completely, and a bill currently being introduced in the New York state senate to allow teenagers to get vaccines without input from their parents.

While I think the entirety of the anti-vaxx movement is ridiculous, there are three points I want to hit specifically to highlight why the conversation about whether or not vaccines cause autism – or whatever new malady is hitting the anti-vaxx blogs this week – is incredibly damaging to society.

First up is the absolute scientific illiteracy and fear-mongering that pervades the anti-vaxx community. Advocators for the anti-vaxx sentiment will often read out the list of ingredients of vaccines, playing up their scientific-sounding names in order to scare. This method is easily repeatable, with memorable mentions such as the warnings about dihydrogen monoxide, a “corrosive material” found in any and all bodies of water. The joke kicks in when you realize dihydrogen monoxide is, in fact, the chemical name for water. These kinds of tricks are used to scare people, preying on the probability of the listener having not remembering a lot from chemistry class.

With this scientific illiteracy comes a misunderstanding of how and why vaccines work, namely by herd immunity. Vaccines work by exposing your immune system to a lesser form of the disease you’re inoculating against, which helps your immune system build defenses against the disease in question. By developing this immunity, you are only able to catch a milder, more manageable, and less life-threatening version – or not catch it at all. And, by having a society full of large pockets of people immune to a certain disease, it becomes harder for that disease to spread.

You can find a breakdown of the most common vaccine ingredients on the Centers for Disease Control and U.S. Department of Health and Human Services websites.

The last major part of the anti-vaxx movement I do not like at all is the sheer amount of ableism against people with autism. There is a huge lack of understanding about autism thanks to stereotypes in movies and television shows, as well as general dearth of information about the disability itself.

Lost in all the arguing about whether or not vaccines cause autism are actual people with autism. All they hear is that some people would rather have a dead kid than a kid like them.

There is an additional fourth reason that I’m against the anti-vaxx movement, though it’s a bit more personal. My grandmother is in failing health and she can’t keep up with her regular vaccinations. They’re too much of a strain on her already-weakened system, so she must rely on herd immunity to not catch something because even as small as a cold could kill her. So, you could say I’m invested in people getting vaccinated.

Look, I can be objective and see the other side. History is full of medical treatments that have turned out to be far more dangerous than what they were trying to cure. But science has advanced far beyond the days when we treated a rough couch with radium.

Science can be scary, but sometimes scary things are good for you. Do your research, absolve your fears, and please get yourself and your children vaccinated.