UNCW wins first place in UP AND UP Festival competition 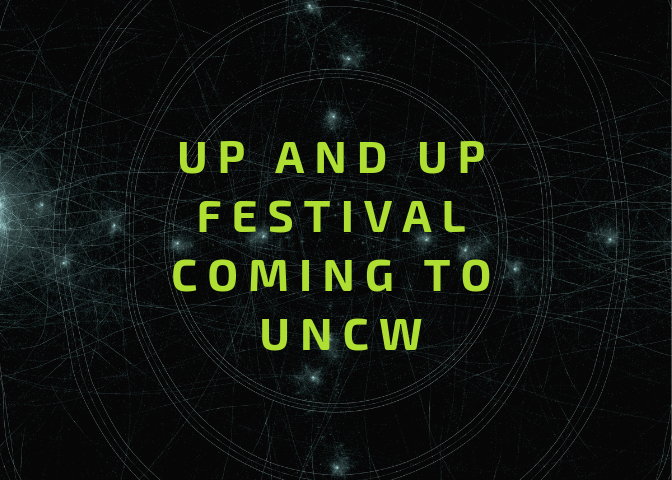 UNC Wilmington has come in first place in the UP AND UP Festival competition, which means SLUSHII will be performing in Wilmington. The festival is will be held on April 17 at Pier 33 at Port City Marina. Doors will open at 6pm. Despite the campus-wide promotion of the event, many students are still unsure exactly what this “festival” will include.

Each year the competition is held within a 48-hour time span. During this 48-hour window, each participating college has an opportunity to purchase pre-sale tickets for the event at a discounted price. The top six schools with the most pre-sale tickets sold win a performance by the featured artist.

This year, 44 schools were listed as competitors on the UP AND UP festival website, including UNCW. UP AND UP claims no students will be charged for the tickets unless their school wins the competition. Three local artists attending UNCW also get to perform as openers for SLUSHII, which will be a great opportunity for students to promote their music and gain publicity.

In an interview with Noah Rudolph, Nate Daniels, Drew Lord and Basam Ahmed, who are all part of the Monster Energy Music promotion team at UNCW, Daniels explained the biggest obstacle the team had to get over was convincing students that this event was not a “FYRE festival 2.0.”

“We have to sell someone on an event that might not even happen. They only have 48 hours to decide if they want to participate or not,” Daniels said.

The team also shared some key things that really helped promote the festival to the students, especially the promotion video they took on the beach. When this video gained some traction, SLUSHII shouted out to Wilmington on his Instagram story.

The passion that the promotion team had for this event also played a huge role in the campaign’s success.

“I have never been to a festival. But these guys, they’re very passionate about it. It made a huge difference,” Ahmed said. “When you’re passionate about what you’re marketing, people really connect with the product.”

The team plans on participating in this competition again in the future and hopes to eventually host the concert at Wrightsville Beach.