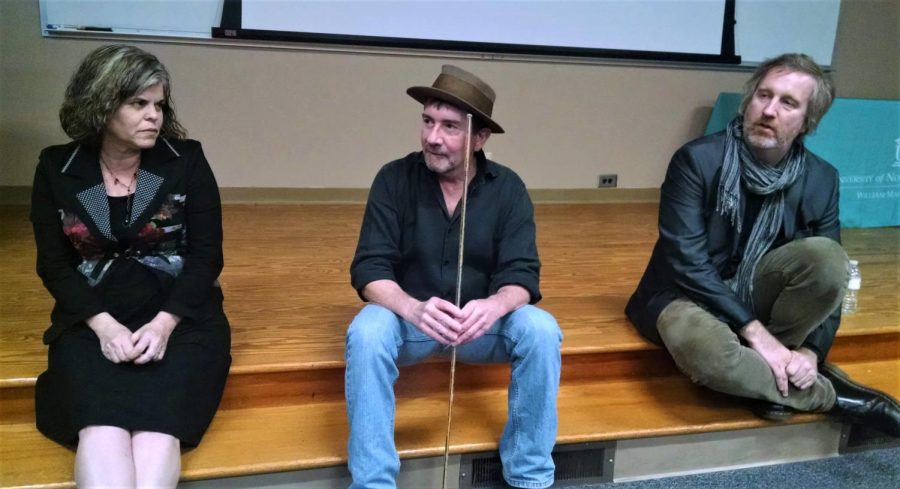 1968 and 1969 are often remembered as important years that changed American history. In 1968, Martin Luther King, Jr. was assassinated, “Star Trek” aired the first interracial kiss on television, and Apollo 8 became the first manned spacecraft to orbit the moon.

1969 saw the Stonewall riots, which sparked the modern LGBTAIQ+ movement, Apollo 11 and the first humans to walk on the moon, and the legendary Woodstock music festival.

On Wednesday night, the College of Art and Sciences hosted a panel lecture entitled “1968/1969: From Tet to Triumph, from Memphis to the Moon,” a panel lecture dedicated to analyzing more lesser-known moments of history from the pivotal years of 1968-1969.

The panel was moderated by Dr. Tiffany Gilbert, the chair of the Department of English.

Kase followed with a lecture about how cinema portrayed the issues of the day, namely the societal trauma of violence from the Vietnam War, which was the first televised war, and institutional responses to protests about the war. Kase highlighted how experimental and independent cinema portrayed the anxieties and criticisms of the time, most notably with a shocking clip from a 1969 documentary called “Selective Service System,” where a man shot himself in the foot in order to avoid the draft, with most of the audience pointedly looking away during the climactic moment.

To wrap up the night, Black took to the stage to give a super jam-packed three-part lecture about the technological advances made during 1968-1969, all while gesticulating with a yardstick in hand. Part one detailed Doug Englebert’s computer demonstration on Dec. 9, 1968, in which Englebert’s company showed off certain computer hardware advances that helped turn them from glorified punch-card machines into what we know and love today.

Black also touched upon the Apollo 11 space mission, the space flight that landed humans on the moon and gave us Armstrong’s oft-paraphrased quote, “one small step for man, one giant leap for mankind.” Black emphasized the technology that was used to get us there, especially in the context of what we have today since the computing power to send u to the moon was 1,300 times less than the computing power of an iPhone 5s.

After the lecture, refreshments were offered, and attendees discussed their impressions from the evening.

“I really enjoyed the diversity of topics that were explored tonight,” said senior Jade Pham. “It was interesting to get a glimpse of the late 60s through an art history/political cartoon point of view and it was especially fascinating to see the parallels that can be drawn to current times.”

Karinn Lane, another UNCW senior who attended the lecture, agreed.

“I had no idea computers existed in the ’60s, forget the internet. It’s definitely something our generation should know. It’s important to know where we come from and what history we’re building on.”