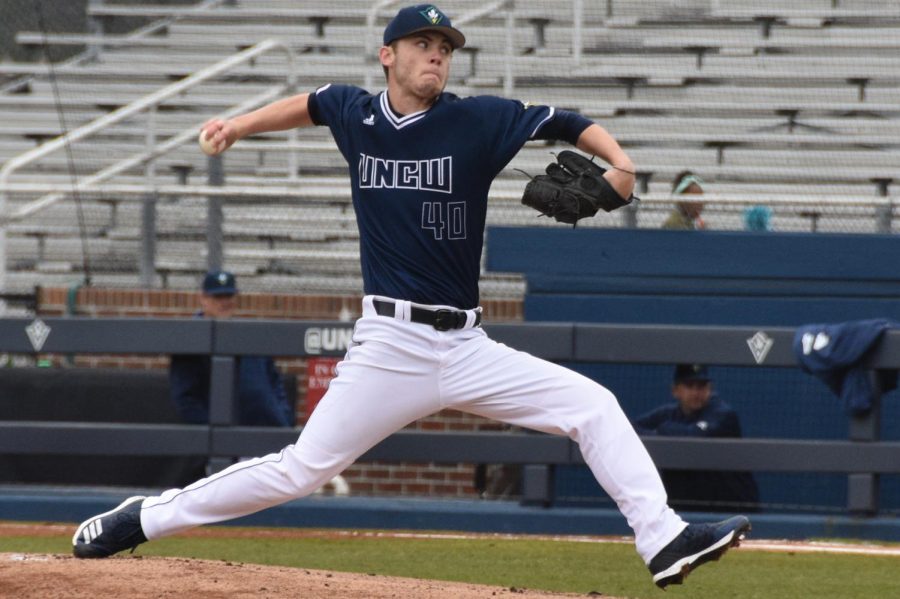 After losing its season opener to Saint Joseph’s on Friday afternoon, UNC Wilmington set out to redeem itself, winning the back three games of a four-game weekend slate, including a 5-3 come-from-behind victory over VMI on Sunday afternoon.

After two quick outs in the top of ninth, VMI’s Don Goodes attempted to steal second where he was tagged out by junior infielder Cole Weiss to seal the victory for the ‘Hawks.

The Diamond Hawks jump to 3-1 to start the season. Up next UNCW takes on teal-rival Coastal Carolina on Tuesday afternoon with first pitch set for 4 p.m.