From Eagle to Seahawk: The legacy behind Shawn O’Connell

O'Connell: "I felt like they really wanted me as a player and as a person.” 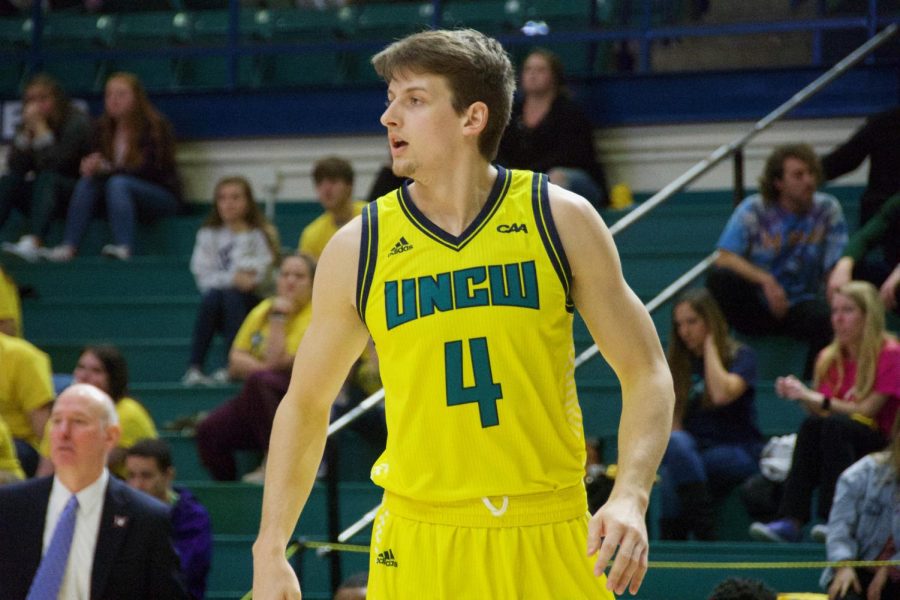 Shawn O'Connell during UNCW's matchup with Northeastern on Feb. 14, 2019

For UNC Wilmington graduate transfer Shawn O’Connell, the path to the Port City differed from many of his teammates.

The 6’8 forward transferred from Georgia Southern where he redshirted his freshman year. O’Connell shot 61 percent from the floor while racking up 310 points and 280 rebounds in his 92 appearances with the Eagles.

After receiving his degree from GSU (and still holding one year of NCAA eligibility), he looked to pursue a master’s degree in Business Analytics. He chose UNCW.

“The degree, to me, was important,” said O’Connell. “That was a big deciding factor.”

But the degree wasn’t the only thing that sold him on Wilmington. O’Connell said that the coaches at UNCW had a lot of influence on his decision to play in teal.

“[Wilmington] just felt right to me,” O’Connell told The Seahawk. “Everything about it. The coaching staff was real, they were very welcoming to me. I felt like they really wanted me as a player and as a person.”

It runs in the family

For the O’Connell family, basketball is not so much a sport as it is a way of life.

His younger brothers, Alex and Brady, are also making impacts on the court. The latter is wrapping up his junior season at Ravenscroft School in Raleigh, while Alex is making his talents known as a sophomore under coach Mike Krzyzewski at Duke.

When asked about the environment he grew up in, O’Connell simply described it as “a lot of basketball.”

Football and baseball were also pursuits of the O’Connell brothers, but they knew the basketball court was where they belonged.

“We were three-sport guys,” said O’Connell. “Ultimately toward the end of high school, a little before that, we all kind of chose basketball. That was the path that we knew, all along, was our best sport.”

While Shawn and his brothers are each focused on basketball, their focus on the game hasn’t taken away from their relationship.

“We’re extremely tight-knit. We talk every day. Obviously [Alex] going to Duke was a pretty cool thing for our family, [since] our dad had played there too, so that was a cool experience,” said O’Connell. “It was just lucky that I ended up here, so close to him, so it’s been cool this year for us to be really close as a family and getting a chance to see each other play.”

While O’Connell has only been with the Seahawks for a year, his influence in Trask has been felt. He shot nearly 58 percent from the floor during the 2018-19 season, and provided a lot of help in the interior, especially for UNCW standout Devontae Cacok (15.1 points, 11.9 rebounds per game).

O’Connell showed praise for Cacok. He noted that playing with the senior big man has been a learning experience.

“It’s been awesome. Obviously, Devontae is a generational player,” said O’Connell. “He may not get the national recognition, but in our eyes and a lot of people’s eyes, he’s that special of a player. So, it’s been cool to play alongside him this year and see him grow as a player as well as make our team and other guys around him better.”

Tonight, Shawn O’Connell plays his final game in Trask Coliseum. While his time in a teal uniform may not have been lengthy, the quality within him as a player, student, and person speaks for itself.