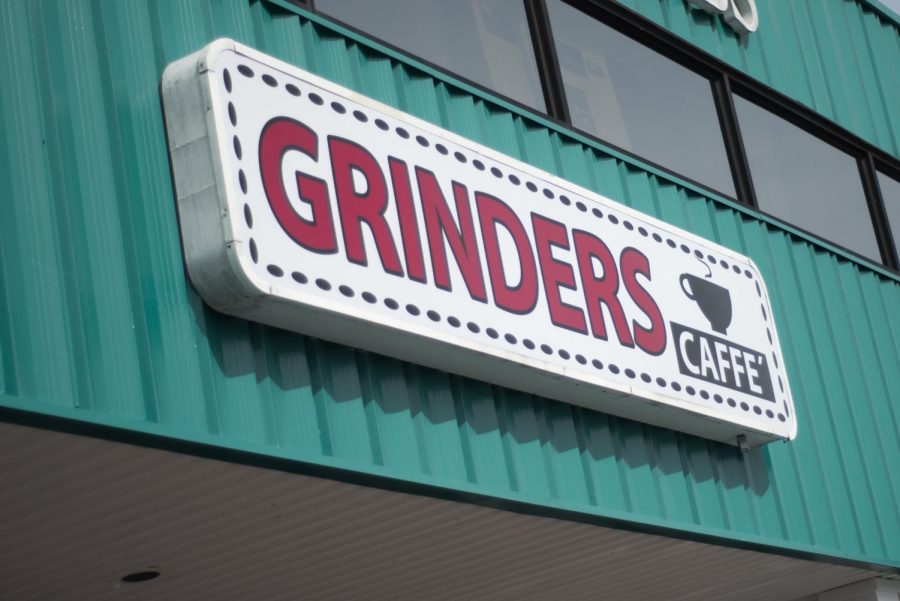 The Grinders Caffe' recently opened at a new location on S. Kerr Ave.

Grinders Caffe’, known for its creative atmosphere and great coffee, has relocated and reopened within the vicinity of UNC Wilmington.

The devastating damage to its previous location on Wrightsville Avenue forced the local coffee shop to find a new home.

The original Grinders was one of the many businesses destroyed by Hurricane Florence last September. The heavy winds and rain were enough to peel back the roof until it eventually flew off altogether.

Everything under the roof started to fall in.

“It rained inside for like 50 hours,” said UNCW alum and Grinders owner Leah Brannock. “Once it started falling in, all you could see was pure sky. Everything we accumulated over seven years had to be put into a dumpster. What I could save I carried out in my own two hands.”

Brannock and her husband, Tony, own and operate the coffee shop. Grinders Caffe’ opened a few months after the closing of The Smudge Pot in 2011.

“I graduated from UNCW when I was 22,” Brannock said. “My first job — that I had in Wilmington to support myself and help me get into an apartment — was working there as a barista.”

The Brannocks grabbed the opportunity and Grinders Caffe’ was born. They took the space, renovated it, and opened up a coffee shop that the Wilmington community, especially UNCW students, has come to love.

“It was very devastating to lose that history,” Brannock said. “We have been working in the same building for parts of two decades.”

Brannock talked about the “kick in the stomach” feeling that she feels when she rides past the former location. She also explained the upside:

“But,” Brannock said, “look at this beautiful thing that came out of it.”

By October, the new location was picked out. The few months that followed were for reconstruction. They lost two weeks because of the holidays, but Grinders Caffe’s new location officially opened on Monday, Feb. 4.

Everything is the same as it was before, just with a few added bonuses. Open mic night, every Thursday from 6-9 p.m., is still on. Brannock said her husband started the weekly tradition due to his love for music.

“All the music stuff – that’s him,” she said as she gestured to the music decor in the shop. “He’s a musician who wanted to offer a safe, comfortable, clean environment for young people to express themselves.”

Unlike the former location, the new venue offers a stage where performers can show off their musical talents.

“I’m very fortunate to have this community that loves us, that were patiently waiting for us, and that welcomed us back in a huge way,” said Brannock. “It’s deeper than the just the coffee beans.”

Brannock compared the destruction, relocating, and rebuilding to the Hawaiian Islands:

“So a volcano happens and lava and then you have something extraordinary,” said Brannock. “You can’t have something that beautiful unless it comes out of something destructive.”