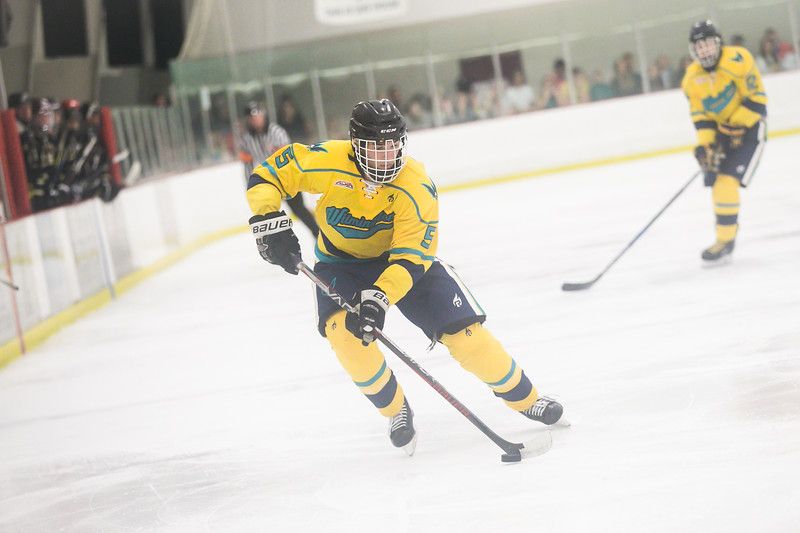 UNC Wilmington club hockey concluded their 2018-19 season with an 11-0 win over Duke Friday night at the Orange County Sportsplex in Hillsborough. With the win, the Seahawks finished their season with a 4-11-3 record on the year.

UNCW jumped out to a quick start on Duke (2-11) in the first period as a goal from Michael Benedetti with 18:34 left in the period gave the Seahawks a 1-0 lead. UNCW would add four more goals in the period, with two coming from Daniel Brescia to make it a 5-0 game.

In the second period, UNCW would add on to their lead as the Seahawks would manage another five-goal period. Greg Wiklund had two of the Seahawks goals and Daniel Howell added a goal with 2:16 left in the period to make it 10-0.

Hunter Phillips added one more goal in the third period with 4:36 left in the game to give the Seahawks their 11-0 win. A game like this will be a huge momentum builder for a team that will be looking to have a much more successful season in 2019-20.

Whenever you think about the UNCW club hockey team, the first name that comes to mind is sophomore forward Joey Alexander. Alexander proved why this is the case with a seven-point night against Duke (two goals and five assists).

“Joey, simply put is just an amazing hockey player,” said Howell. “The way he reads the game is like no other player I can compare to. Watching and playing with him, you know he’s going to find you opportunities to find the back of the net.”

“It’s always a fun time to play with someone who can see and understand smaller elements of the game at a higher level,” said Brescia. “When playing with him, we can outwork opponents mentally as opposed to traditional hard work.”

For Brescia and Howell, last night was the last opportunity they had to wear the yellow jerseys with the teal Wilmington logo across their chests. For Brescia, one of the fonder memories he will have about playing hockey at UNCW is the life-long friendships he has been able to make through hockey.

“I’ll always cherish the friendships made here,” said Brescia. “Hockey has given me my closest friends and people I know I can count on for life.” Brescia added that even in a tough year like this season was for UNCW, he knew he always had 18 brothers that were by his side.

For Howell had high praise for head coach Matt Huestis and the belief that he has had in him as a player since he took over as head coach before the 2017-18 season.

“Coach Huey was the first coach at UNCW to actually believe in my abilities and capabilities on the ice and actually give me the opportunity to play regularly. I can’t thank all of the coaches enough for giving a small town kid like myself the opportunity to live out a dream of playing a game I love for the school I love,” said Howell.

“Being able to score twice definitely means a lot,” said Brescia. “Being able to close that chapter of my life on a positive note is something I’ll always remember.”

Brescia felt confident about the direction the program is heading in and he looks forward to seeing the great things the team can do in the future.

“When I saw the puck beat the goalie, I thought it was a bit of fortuitous luck and a nod from the hockey God’s, realizing that although I’m not the best player, they could tell how much I care about hockey, this team and how proud I was and always will be to wear the UNCW across my chest,” said Howell.