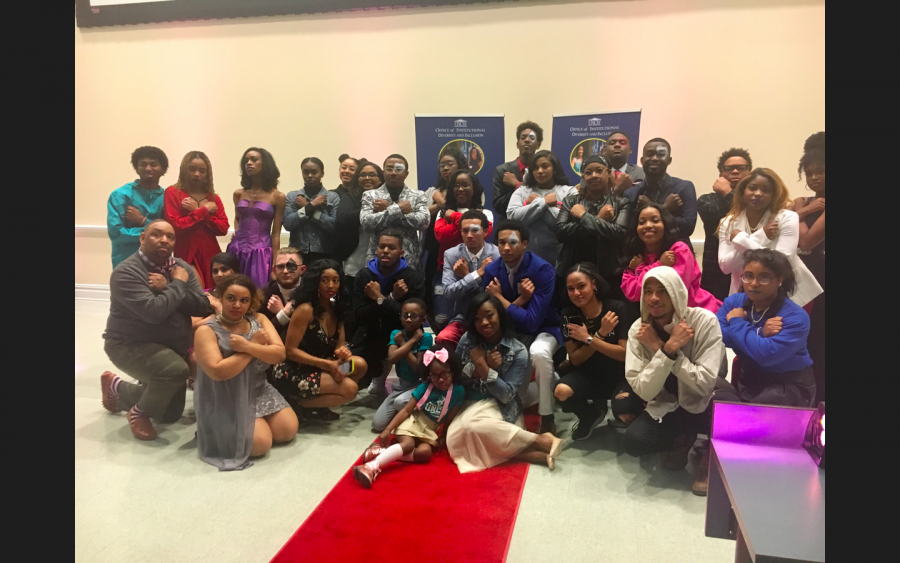 Students, faculty, and staff walked the runway at “Welcome to Wakanda,” the multimedia-influenced fashion show hosted by the Upperman African-American Cultural Center on Thursday.

The show was co-sponsored by several organizations who contributed to the production, either providing student models or donating a portion of the clothing the models wore. Groups included the school’s Black Student Union, the bookstore, and the department store Belk.

The fashion show was not a simple runaway but an entire production. There were various scenes for the show, where models wore different outfits depending on the scene’s premise.

For example, the first scene, “Welcome Home,” depicted a short clip at an airport landing into the fictional country of Wakanda. A short film of the airport played out on a large screen above the models while the models themselves showed off outfits representing Wakanda.

“The goal of the show is to get students to think about aesthetics and how you put yourself together,” said Manny Lloyd, program coordinator at the Upperman Center. “Students were taught to think of themselves as living art.”

Both the modeling and behind-the-scenes students learned more about the production world as a whole, such as setting up props, learning complex choreography, and performing under pressure.

Students got to perform other artistic talents, which took place between the scenes for the show.

Multiple artists performed on stage, including “MoeSOS” and “Rebels, No Savage.” Both groups were started by UNCW students Moe Holmes and Evan Shanks, respectively.

Lloyd explained that the fashion show provided an event for undergraduate students during homecoming week. Though alumni and staff were invited into the audience, it was ultimately a student-led production and was largely supported by students cheering on their friends, classmates and fellow Seahawks.