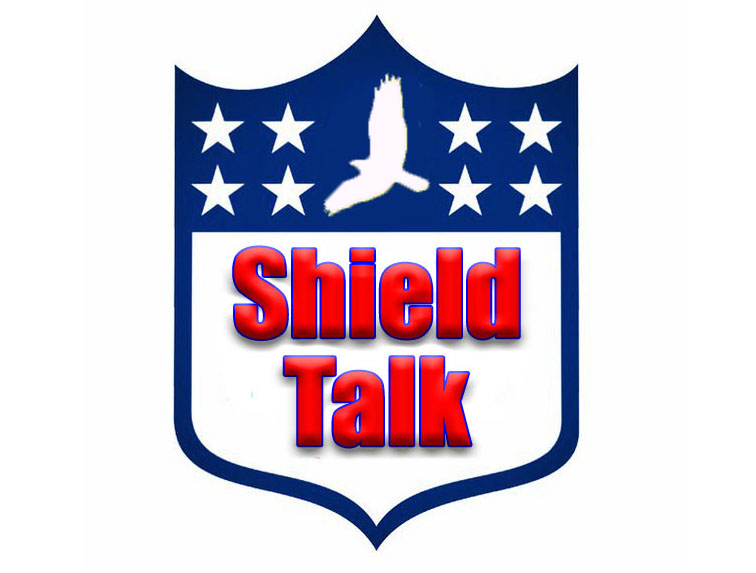 It’s a glorious and sad time of year. America’s biggest sporting event is just a few days away, marking the end of the year for America’s greatest sport. The Los Angeles Rams will go up against the New England Patriots for a shot at Super Bowl LIII.

Quarterback Tom Brady and Patriot coach Bill Belichick are no strangers to this stage. The two are about to compete in their ninth Super Bowl together and their fourth Super Bowl in the past five years. Brady also holds several Super Bowl records: most passing yards all-time (2,576), most passing touchdowns all-time (18), most wins as a starting QB (5), and most Super Bowl appearances (9).

On the other side, the Rams are competing in their first Super Bowl since the 2001 season when the then-St. Louis Rams lost to the New England Patriots in Brady and Belichick’s first Super Bowl win together.

The Rams’ head coach, Sean McVay, will become the youngest head coach in NFL history to coach a Super Bowl at the age of 33. McVay has become a phenomenon in the NFL over the past two years. Before becoming the Rams’ head coach in 2017, the Rams had not had a winning record since 2003. Since becoming the head coach, McVay has led the Rams to two playoff seasons. McVay also won the 2017 Coach of the Year award (the 2018 Coach of the Year award has not been announced).

The Patriots’ season started with a lot of negative press. The team lost two of its first three games, including losses to the Detroit Lions and the Jacksonville Jaguars, both teams who ended the season with losing records. There was conversation about the Brady/Belichick era being over. That was all silenced after the Patriots went on a six-game win streak and eventually ended the season with an 11 – 5 record, winning the AFC East for the tenth straight year in a row.

The Rams trip to the Super Bowl has been shrouded in controversy. The Rams played against the first seed New Orleans Saints in the NFC Championship game. With less than two minutes left in the game, the score tied 20-20, in the red zone, 3rdand 10, Saints’ QB Drew Brees threw a pass to Tommylee Lewis. The pass fell incomplete after Rams cornerback Nickell Robey-Coleman tackled Lewis before he could catch the ball, which is referred to as defensive pass interference; a penalty and automatic first down.

The referee didn’t call the penalty, forcing the Saints to end the drive and settle for a field goal. The Rams tied the game, sending it to overtime where the Rams ultimately won the game. The uncalled penalty has been the popular topic of conversation leading into the Super Bowl, with many people looking to Roger Goodell to make some sort of rule change.

Super Bowl LIII will be broadcast on CBS at 6:30 pm. 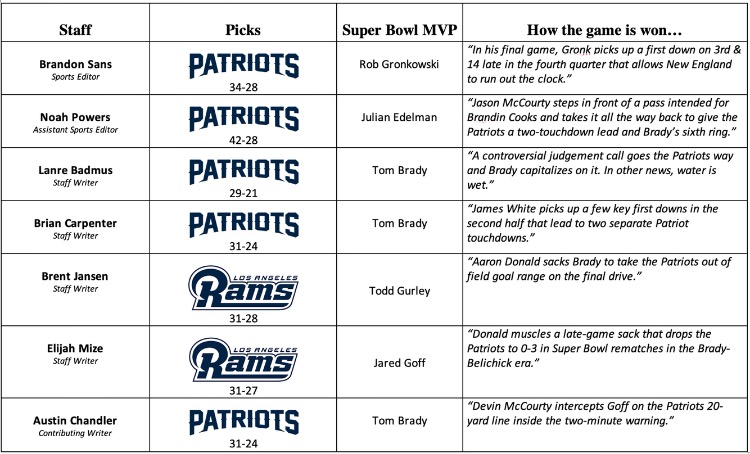