McGrath: "We need to get back to our winning ways." 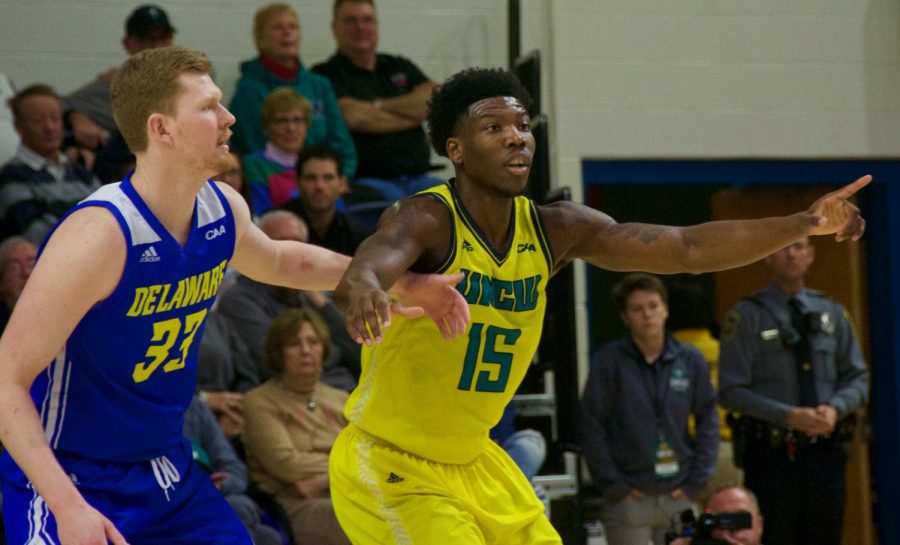 UNC Wilmington men’s basketball begin the last part of the Colonial Athletic Association rotation with games against William & Mary on Thursday and Elon on Saturday inside Trask Coliseum.

UNCW (7-13) was competitive in the first half of both games last week against Hofstra and Northeastern. The Seahawks led the Pride at the break and trailed the Huskies by a point. However, poor second half shooting doomed the Seahawks in each contest.

The Seahawks shot a combined 53 percent from three-point range in the first half, but that figure dropped to 33 percent in the closing period over the two losses. No UNCW player made more than one three in the second half.

“We just need to play a complete game,” said UNCW coach C.B. McGrath. “I thought we played well enough to be in [both games]. Those two teams are good. We got good shots, we just didn’t make them.”

Hitting those shots from three is paramount against two of the top three CAA teams in total three-points made. The Tribe’s 173 made three-pointers ranks in the CAA, while the Phoenix have connected a league-high 199 shots from beyond the arc.

The four-game opponents of William & Mary, Elon, Towson and James Madison will be the longest Trask homestand since the Seahawks opened the 2015-16 season with four straight home games including an exhibition against Barton College.

The Seahawks could finish the next two weeks anywhere from 7-4 to 3-7 in the CAA. In a tight CAA race where all of those opponents are within a game of each other, every possession will be crucial towards determining the conference tournament seeding.

“We’ve got one right now. We’ve got to take it game-by-game,” said McGrath. “If we don’t try our best against William & Mary, it’s not going to matter.”

As much as the perimeter should determine the outcome of the UNCW-W&M game, attention will be given two of the top bigs in the CAA.

UNCW forward Devontae Cacok enters the Tribe tilt averaging 15.4 points-per-game and leads the CAA with 11.7 rebounds-per-game. Tribe forward Nathan Knight ranks third in scoring with 19.4 ppg. Each is in the top three in field goal percentage with Cacok leading the CAA at a .611 clip while Knight owns a .587 percentage from the field.

Thursday night’s game against the Tribe will be UNCW’s “Black Out” promotion where fans are encouraged to don all-black attire inside Trask Coliseum.