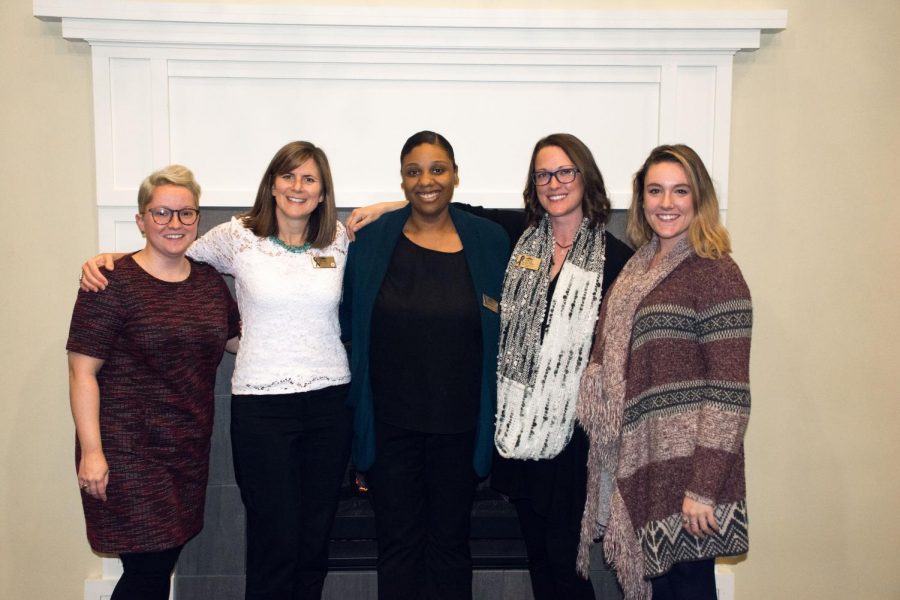 Photo by Helen Rogalski, The Seahawk

On Tuesday, Jan. 15, the Collaboration for Assault Response and Education (CARE) hosted an open forum about Title IX in the Clocktower Lounge in Fisher Student Center on campus.

The event was hosted to discuss the proposed changes to Title IX by Secretary of Education Betsey DeVos. Title IX was enacted on June 23, 1972.

“No person in the United States shall, on the basis of sex, be excluded from participation in, be denied the benefits of, or be subjected to discrimination under any education program or activity receiving Federal financial assistance,” states the amendment.

UNC Wilmington’s Title IX handles sex-based discriminatory cases from faculty, staff, and students. This includes, but is not limited to, sexual assault, sexual harassment and protecting the rights of pregnant students.

CARE advocates handed out summaries of DeVos’ proposed changes to attendees, focused on those of section 34 of the amendment. This included a change in the definition of sexual harassment, alternative informal resolutions of cases, different regulations for the Standard of Evidence on Title IX cases, the allotment of cross-examination, and limiting jurisdiction on “incidents that occur within an educational program or activity”.

“One of the main ways things might change is through the definition of sexual harassment, which is one of our office’s concerns and would provide a definite shift,” said Amber Resetar, Esq., UNCW’s Director of Title IX & Clery Compliance.

According to a handout passed out by Resetar, under DeVos’ changes, sexual harassment would be defined as “1.) Quid pro quo harassment, (‘favor a favor’) 2) Unwelcomed conduct on the basis of sex that is so severe, and objectively offensive, it effectively denies a person equal access to the school’s education program or activity, or 3.) Sexual assault as that crime is defined in the Clery Act Regulations.”

“Conduct would have to be proven severe and objectively offensive and denying access to education … this would limit what situations the university could process as a ‘Title IX case’” was listed as a possible implication of this revision.

Situations and cases outside of this realm would then be handled under the Dean of Students and processed as a violation of UNCW’s code of conduct instead. The proposal of alternative informal resolutions would allow both parties of a case to engage (if willing) with an “informal resolution of complaints” such as mediation or restorative justice.

“This could be positive,” the CARE flyer states, “but universities would need to have appropriate resources available to be sure that those processes are well-informed, survivor-friendly while remaining equitable to both parties.”

Cross Examination changes would enforce Universities to allow both participants “equal opportunity for cross-examination, while being visible to both the adjudicator and the involved parties.”

Concerns over changes in this practice would force sexual assault victims to face their perpetrators in court, which the handout stated could “make the emotional impact more difficult and could dissuade victims/complainants from participating” in a Title IX process and investigation, opting not to report any crimes or injustices committed.

The final proposed change discussed during this event was the limitations of the jurisdiction of campus Title IX investigations and practices. For example, incidents occurring while on study abroad or off-campus at an event not sponsored by the university would no longer fall under Title IX.

The deadline to submit a comment to the Department of Education on these issues is Jan. 28, 2019.