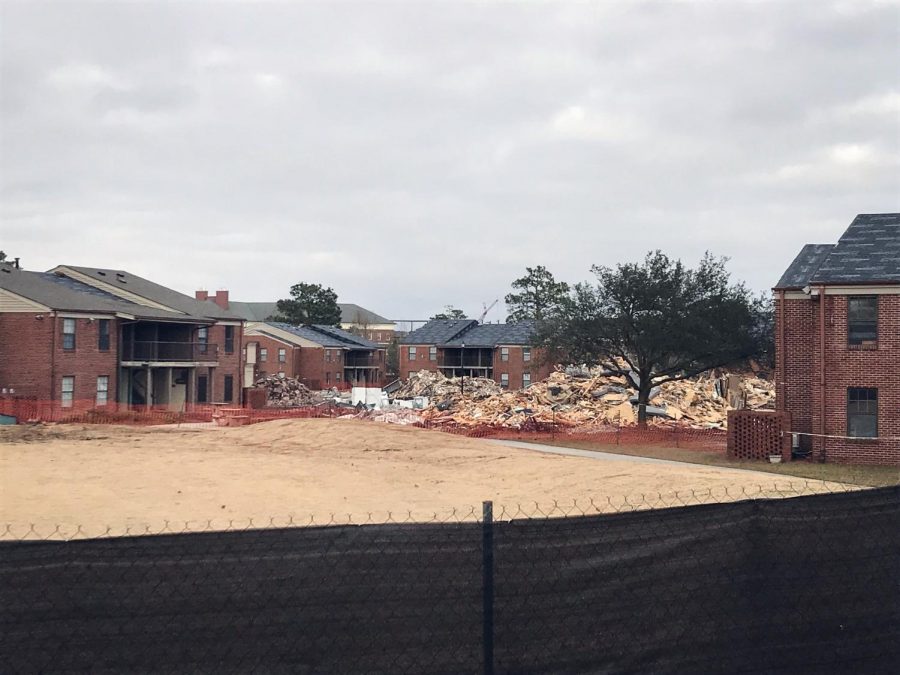 Photo by Helen Rogalski, The Seahawk

As of March 2018, the University of North Carolina at Wilmington revealed their plan to tear down and replace all 13 University Apartments by the fall of 2020 or 2021. However, following the damage of Hurricane Florence last fall, demolition was given the green light to begin early. When classes returned in early October after four weeks of the university being closed, students living in the university apartments were unable to return to their rooms and faced relocation. “We have determined that it will not be feasible for students to move back into University Apartments, and we do not expect the apartments to reopen anytime soon,” stated the Vice Chancellor of Student Affairs, Patricia Leonard back in October.

Each University Apartment building houses six to eight apartments, each including four single occupancy bedrooms that share a common area. In recent years, the majority of students living in the residence area have been underclassmen or exchange students. As of today, only four remain standing. University Officials have yet to release an official statement regarding the subject.

Meanwhile, other construction projects remain in progress. These include the construction of Veteran’s Hall, clearing of trees near the campus police station, and the recent blocking off of the athletic fields behind the University Apartments.