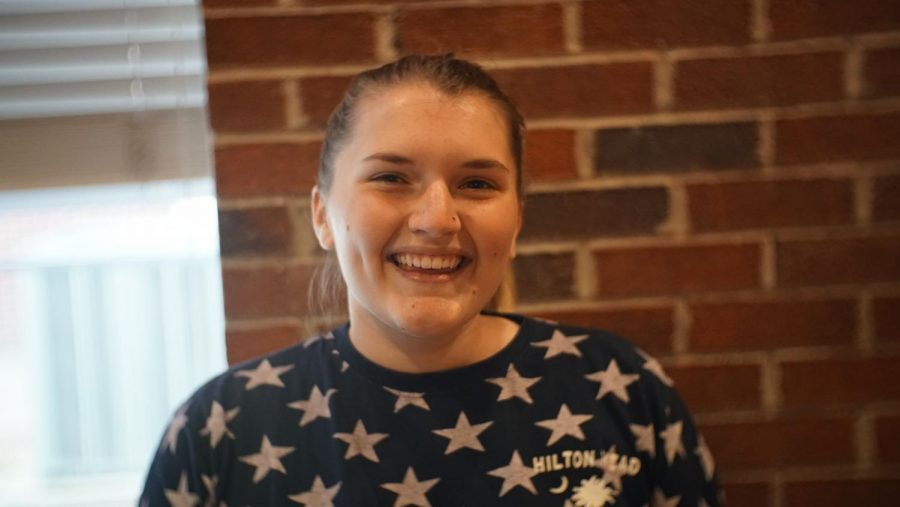 Photograph by Jordan Bell, Humans of the Dub

What is your favorite month on the calendar?

December. I understand that Christmas is considered a Christian holiday, but I don’t necessarily like the Christmas aspect of the Christmas season. Like Santa, Christ being reborn, and Nativity sets. I like the lights being hung everywhere. I like being able to walk around and see the decorations.

I know it’s a busy month, but it’s important because you make it a point to visit your family. Gifts can be super stressful at times, but if someone even says ‘I’m sorry I couldn’t get you a gift’ it’s cool that they even thought of you and that they wanted to. It’s nice to know that people are thinking of you. Instead of people saying ‘Have a good day’ they say ‘Happy Holidays!’ and ‘Merry Christmas!’ I just think people are in a better mood.

I also like July because I get to go home usually, and it’s warm and I get to see my grandma, we get to do chair volleyball, play bingo, and just have a good time. I love being home.

How about your favorite day of the year?

Probably Christmas Eve. Because it reminds me of my grandma and being at her house, giving gifts, and being with my family.

Does your family have any traditions for Christmas?

For Christmas, we go to my Grandma’s house. We used to go every year on Christmas Eve, but recently we’ve been changing it around to fit everyone’s schedule. Some of my cousins are in the air force now, so whenever people are able to go we try to meet somewhere. We do gifts for the whole family, and my family calls me “Sissy” and writes that on all of my presents too.

They used to tell the kids that “Marty the Elf” was the one that brought us our gifts early and that’s why they were there. It was so funny, they would sit us outside of this room that we were never allowed to go into, and they would bang on the doors, and try to trick us into thinking it was Marty the Elf. We also had to line up by age, so I was always near the front. Every year we have a picture of us standing in a line. It’s funny because you’ll see ex-boyfriends in old pictures and people who aren’t around anymore. It’s just a cool thing we do. Then the parents will open the door, and we’ll go into the room, and we’ll get our presents from Marty the Elf.

What’s something that’s considered a luxury, but something you also couldn’t live without?

Everything is luxury. It’s a luxury to have a bed, shoes, a phone, working clothes, clean water, everything should be considered a luxury because some people live without it.

What subject could you give a presentation on for 30 minutes with no preparation?

Disney. Easily. I could talk about Disney World, travel, and tourism.

If you had to convince a little kid that Disney was the coolest place ever, what would you say to them?

If you have a child who has a disability, then Disney employees will treat that child just the same as any other kid. I watched this video where there was this girl in a wheelchair who was also mute. During shows, sometimes the performer asks children to join them walking or dancing in a circle. The performer asked if they could take the girl up on stage, and she marched around in the wheelchair, and she was just a normal kid.

Everyone was crying because the mom wrote a letter saying ‘For a second, I forgot my child was disabled.’ There’s so much you have to do with a disabled child, and traveling makes it even more difficult. To be in that position, and just have a moment where you forget about everything else, that’s when you understand how amazing Disney can be.