Humans of the Dub: Favorite Music 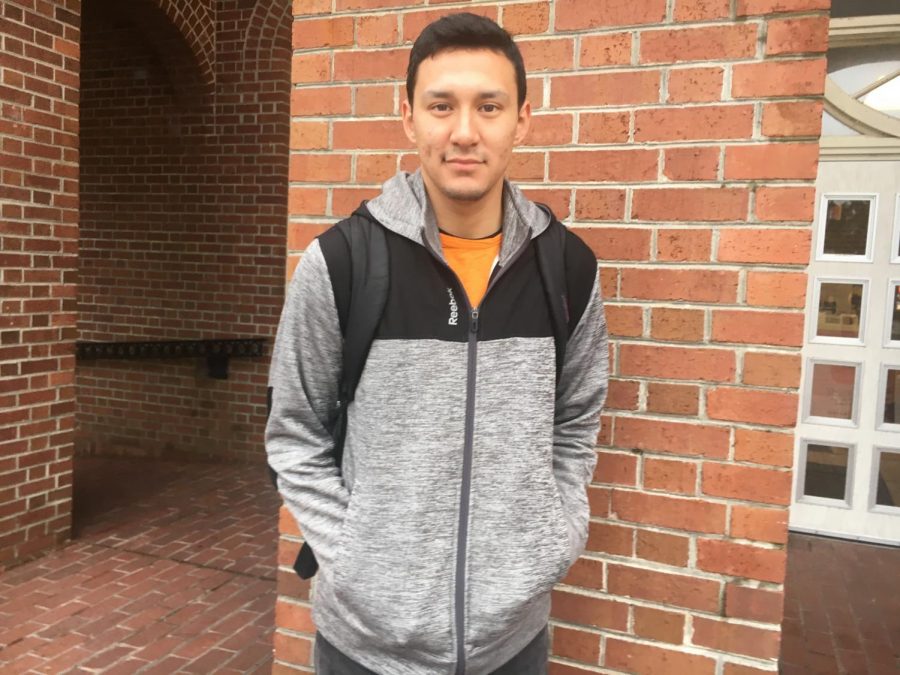 Photograph by Fairley Lloyd, Humans of the Dub

Who are some of your favorite musicians?

Well, I have a broad taste in music. Some of my favorite artists are Romeo Santos—he’s been in a couple of different bands—the lead singer of Foo Fighters, Dave Grohl, and then Drake. Those three guys are at the top of my list.

What attracts you to those artists?

I really enjoy the type of music they produce, musically and lyrically. All three of them have covered a bunch of different subgenres, like Drake under hip-hop. He’s been in a couple of R&B songs, and he’s been in a couple of club songs. Romeo Santos is predominately a bachata singer, but he’s also been in some salsa songs. And I think each of those three guys have some way of manipulating their instruments and using their lyrics to accompany the song.

I’d like to say rock in a broad variety, so some of the softer sounds, sometimes more of the indie songs, or sometimes the harder, more metal-like type as well. Something like hip-hop, rap, I guess trap, R&B as well. And in Spanish it’s a whole other world, like salsa, bachata, merengue, you know, all that stuff. I just like music that you can really feel.

What are some of your favorite songs?

It would honestly depend on the mood I’m in. If I’m feeling, I guess happy, something with energy is always good, so I feel like I tend to lean more to an electronic style for that, something to keep me motivated. If I’m feeling kind of nostalgic, then I could just take all different turns because there are songs you could dance to that are very nostalgic, like salsa and bachata, for instance. Even though they sound very happy, the lyrics portray some of the sadness you see sometimes, so it all just depends in the mood I’m in.

Are there any lyrics or songs in general that speak to you?

Oh, man, that would be a lot of them! Maybe it will help if I talk a little bit more about my roots. So, there’s this Mexican group, Los Tigres Del Norte, and there’s this song called, “La Jaula de Oro”, which is “The Golden Dream.” The song just talks a lot about how an immigrant comes to the United States and still feel trapped. Even though they have like a better life, they still feel trapped because once you immigrate to this country, a lot of times it’s hard to go back, whether it’s family or other loved ones. So, the song kind of gives an insider perspective on what it’s like to feel like you’re trapped in a golden cage.

How does music influence your life?

Music has always been a big part of growing up. I haven’t really been able to stay in touch with that part of myself since college because I had to sell my instruments once to buy textbooks. But growing up, my dad played music, me and my brother played music. We participated in music in high school. I mean, I think it’s just something that’s always going to stick with me. And maybe now I don’t have as much of an opportunity to play as much as I’d like to, but I know that it’s something I’m going to want to do for the rest of my life.