Environmentalist and author speaks at UNCW about climate change 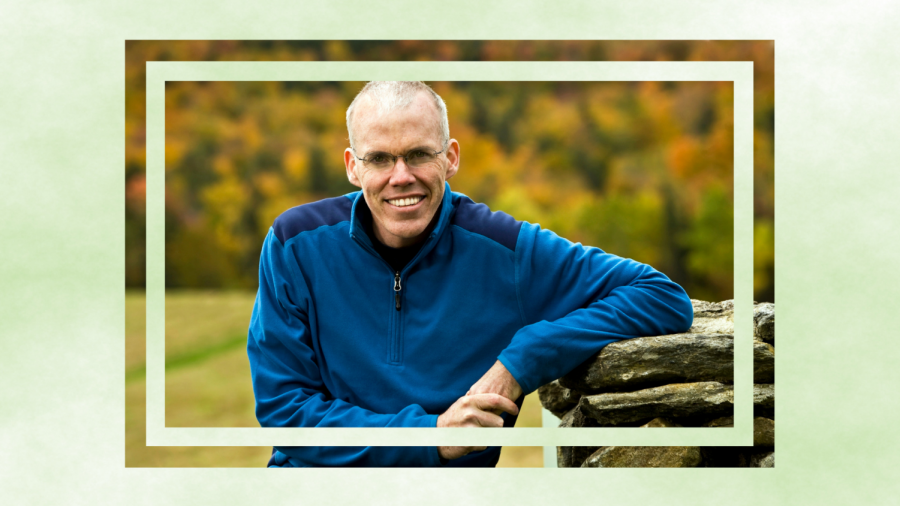 The science is clear, and the argument is won, but humans must come together in the next decade to make the changes needed to save humanity from the effects of climate change, according to a leading American environmentalist, author, and journalist Thursday night in the Burney Center.

“The most important thing to remember about climate change is it is the first timed test of our civilization,” said Bill McKibben in a speech to a packed audience.

McKibben is the author of “The End of Nature,” a book considered to be the first aimed towards educating the general audience about climate change. He is also the leader of an anti-carbon and climate change awareness group, 350.org.

“The thing about climate change is that it’s happening fast – in the lifetimes of everyone in the audience,” said McKibben.

The climate change is not only melting glaciers in Greenland or bleaching the Great Barrier Reef, which McKibben describes as “a parking garage,” but it has its grip on humans as well. The amount of carbon in the atmosphere that’s considered safe, as well as the slogan for McKibben’s organization, is 350. Right now, the atmosphere is at 410.

“We’ve known for 30 years what’s happening,” said McKibben. He believes the easy path to fixing the global warming problem was decades ago, and now we need fast and monumental changes to save the planet.

“This is the fight of the small and the many against the few and the large,” said McKibben.

He believes the only way to win that fight is if humans from all over the globe work together to educate each other and make drastic changes to policies to cut back on climate change. That’s why he started 350.org, where people all over the planet have come together in public demonstrations to raise awareness about climate change.

Some of these protesting countries are island nations that McKibben says will be under water within the next decade. During his speech, McKibben showed pictures Pacific Islanders from the nations of Fiji, the Marshall Islands, Vanuatu, Tokelau, the Solomon Islands and Papua New Guinea blockading a harbor in Newcastle, Australia with their canoes to protest Australia’s reliance on fossil fuel.

“The people being most affected by this are the people who least caused it,” said McKibben when discussing how world leaders’ fossil fuel output affects small island nations with little to no output.

McKibben refers to this as the “greatest injustice” and that developed countries like the United States is not doing enough to combat this injustice. He cites how the United States has withdrawn from the Paris Climate Accord last year and now we are the leading contributor to fossil fuel emissions and we are the only one doing nothing about it.

McKibben says there are ways to make a difference, but he did not promise that humanity will win. He says the best thing humanity can do is join and organize movements to demand reform of the fossil fuel industry and implementation of clean energy methods. He says that movements need to be creative and interesting to educate people on climate change and its effects. Elections are an important part of making those big effects, and McKibben says more people need to vote based on climate change beliefs to make a change.

“70 percent of Americans know [about the reality of climate change] and it’s not about the other 30 percent,” said McKibben, saying humans need to focus on making the majority do something to counteract climate change instead of convincing naysayers that it’s real.