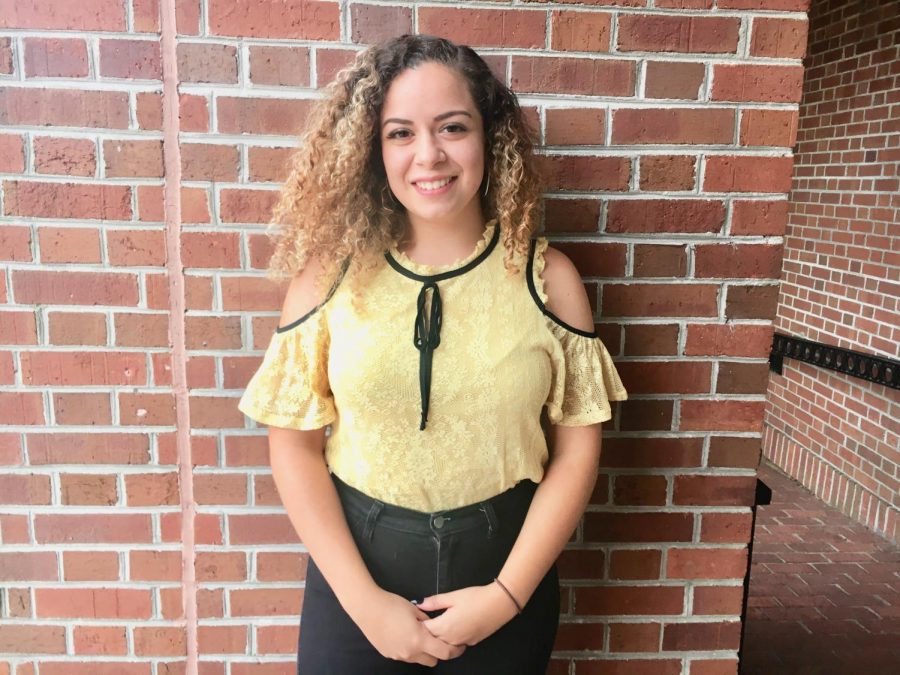 Photo by Fairley Lloyd, Humans of the Dub

What made you choose your major?

Well, actually, I had thought of doing Psychology first. But I never declared my major until the second year. Now, I’m studying International Business with two double minors, one in Spanish and the other in Women and Gender Studies. I feel like the world is becoming more global, and I want to be a part of that change in order to help others in other countries, especially the US, since it’s where I’ve been living my whole life.

What made you choose your minors?

I know a lot of people are like, ‘Why are you taking it? You already know Spanish.’

I’m just like, ‘Well, a lot of people know Spanish, but they don’t know it at a professional level,’ and I feel like that certificate is like, saying that I know how to speak it and write it.

Originally, the Women and Gender Studies minor was more for me and my own interests, but now I think of it more like being able to train and make people think differently. I want to help people gain a sense of perspective instead of just being straight on. I’ve grown throughout my studies for the minor.

Are there any extracurriculars you’re doing or interested in doing that align with some of your goals?

I’m a part of Alpha Psi Lambda. That is a coed Latino fraternity on campus. It’s the first one established in the state of North Carolina. We do have some chapters around the states. That actually aligns with my business and my mentoring program that I’m a part of, which is MI CASA. It is like the Centro Hispano on campus [a Latinx/Hispanic cultural center at UNCW].

In Alpha Psi Lambda, I’m the Internal Vice President, which looks out for academics and how students are doing and to guide them to be better and raise our GPA. That kind of aligns with my business career, since I want to help people be able to get to their ending point where they’re better off.

And in my mentoring program, I help high school students in order to guide them to be able to get to college or at least help them get scholarships and help them in any way that I can, which comes in to core leadership and guidance to better and do better.

Where do you think you might want to work after graduation?

I thought of HR, Human Resources. I think my minors in Spanish and Women and Gender Studies would play really well in HR, since it’s more about training people through activities that teach them how to think differently, how to be better, and be able to work with others that are not like them.

Other than HR, I feel like my main goal is to do international assignments, being able to establish contracts with other businesses around the world and helping the business I’m working with and be able to work within my field and grow.

Other than career goals, what’s on your bucket list?

I’ve always wanted to do skydiving. I think I’m going to do it this year, or next year, since it’s almost the end of the year.

I want to run as president for Alpha Psi Lambda my last year maybe next semester. I will probably do that and be able to change some things within the fraternity in order to increase membership and be able to attend leadership conferences and be able to lead.