McGrath: “We really competed. We were a possession or two away." 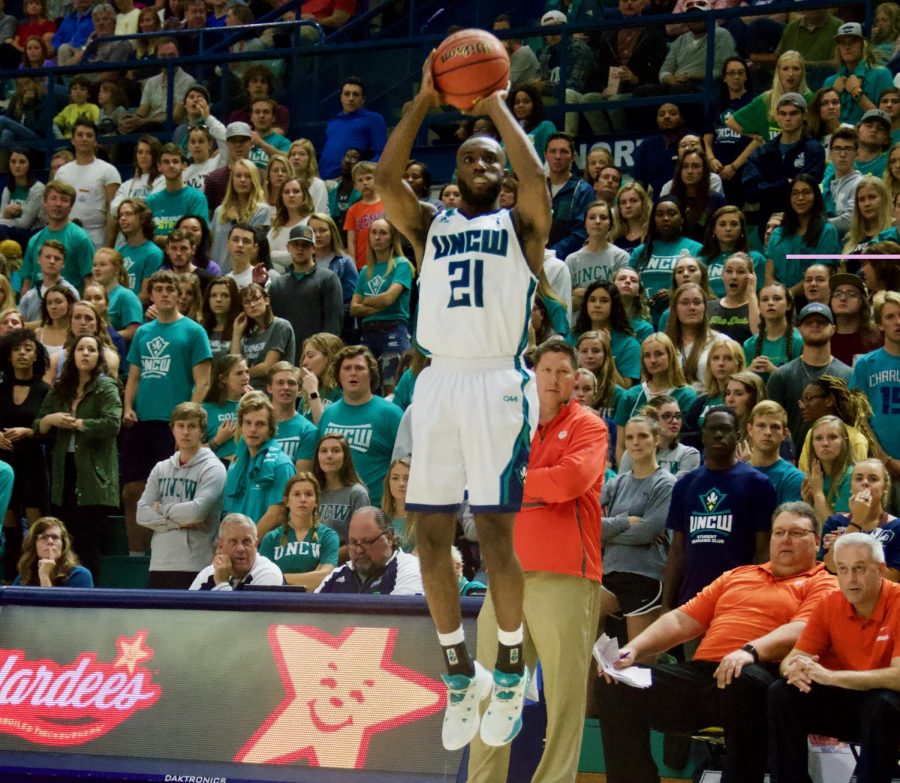 UNC Wilmington dropped its home opener to Stanford 72-59 on Friday night in Trask Coliseum. The Cardinal was the first Power Five team to play a regular season game in Wilmington in 26 years.

Guard Ty Taylor looked out of rhythm after spending much energy tallying a career-high 29 points in Tuesday night’s loss to Campbell. Taylor shot 1-for-10 from the field in the loss to Stanford.

There was some familiarity on the court for UNCW coach C.B. McGrath tonight.

Stanford coach Jerod Haase and McGrath played and roomed together in college at Kansas under Roy Williams. After college, the two joined Williams’ staff in Lawrence before following the Hall-of-Fame coach to North Carolina in 2003.

“Once the game started, you don’t really pay attention to who’s down there,” McGrath said about playing against Haase.

The Seahawks will return the favor next season when it travels to Stanford to face the Cardinal at Maples Pavilion.

The Seahawks had a total of 20 turnovers on the night. Stanford capitalized on the Seahawks errors, scoring 26 points off turnovers. Freshman point guard Kai Toews led the team with eight turnovers.

“It gave them some easy baskets,” McGrath said after the game. “I would think seven or eight just break away lay-ups.”

After the game, Cacok didn’t think the turnovers had anything to do with what Stanford’s defense did, but a lack of mental focus by the team.

Key UNCW players got into foul trouble early. Cacok picked up his second foul with over 11 minutes left in the first half. Cacok didn’t play the remainder of the half.

Junior guard Jaylen Fornes also picked up two early fouls. Fornes grabbed his second foul with a little less than 10 minutes left in the first half, he played just under two minutes the entire remainder of the half.

During this nine-minute period, with Fornes and Cacok on the bench, UNCW scored just five points.