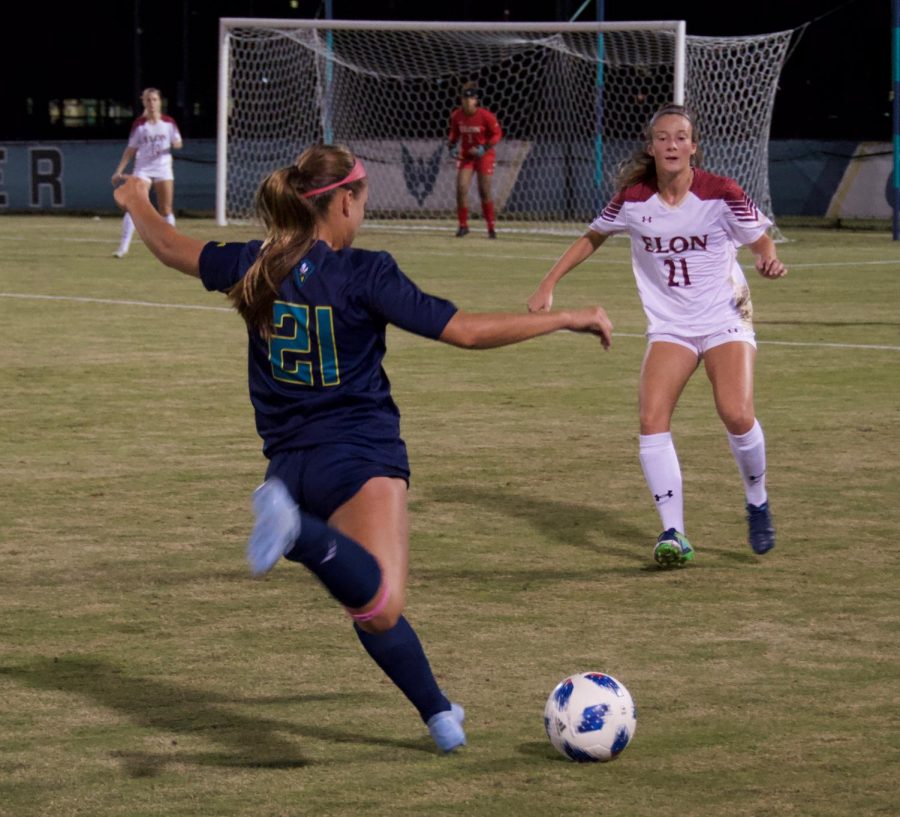 For the second straight year, UNC Wilmington women’s soccer required a win its season finale to earn a spot in the Colonial Athletic Association tournament.

At one point in its Tuesday night contest against Elon (3-10-4, 1-7-1 CAA), the Seahawks held a two-goal lead that would have sent them to the CAA tournament, unlike last year. That represented both promise and disappointed when their season ended with a 2-2 overtime tie.

After an unexpected coaching change and witnessing the devastation Hurricane Florence caused in the community, the Seahawks (9-6-1, 3-5-1 CAA) could have used a dose of Wilmington magic in the do-or-die matchup.

The 2016 Emsley A. Laney graduate put a Carey Allard-assisted ball in the back of the net to give the Seahawks a lead in the first half before providing a then-insurance goal in the 55thminute.

Edwards’ second goal was warranted as Elon senior Tori Baliatico cut the lead in half within the minute. A Sydney Schneider foul in the 68th minute set up a Phoenix free kick they capitalized on to tie the score and ultimately end the Seahawks’ season.

Still, Edwards two goals put UNCW in position to battle into overtime. With one season left next year, the burden of two straight must-win losses to end her season will weigh on her until next season.

“We’re ready next year for sure,” Edwards said. “It was definitely a long season, but we got through it together.”

After Paul Cairney was dismissed amidst sexual assault allegations, UNCW turned to former men’s soccer assistant Chris Neal to lead the program. It took Neal less than one season to prove he is the right coach to lead the program forward.

Regardless of the result of the Elon game, Neal guided UNCW to its fifth winning record in seven years while providing leadership during the program’s Florence-related hiatus.

“It seems like decades ago, but it was only three months ago,” said Neal after the loss. “They’re great kids, they worked their tails off. I told them the other day if my daughter turns out like any of them I’ll be a very happy Dad.”

UNCW doubled its goals and then some in one year going from 15 last season to 32 this year. The Seahawks were smarter with the shots they took going from .068% made in 2017 to .179% made in 2018. With most of the roster returning next season, the arrow is directed up under Neal.

“Next year, we’re ready to win a championship,” said Edwards.