Humans of the Dub: Struggle / New Beginnings / Life in Wilmington 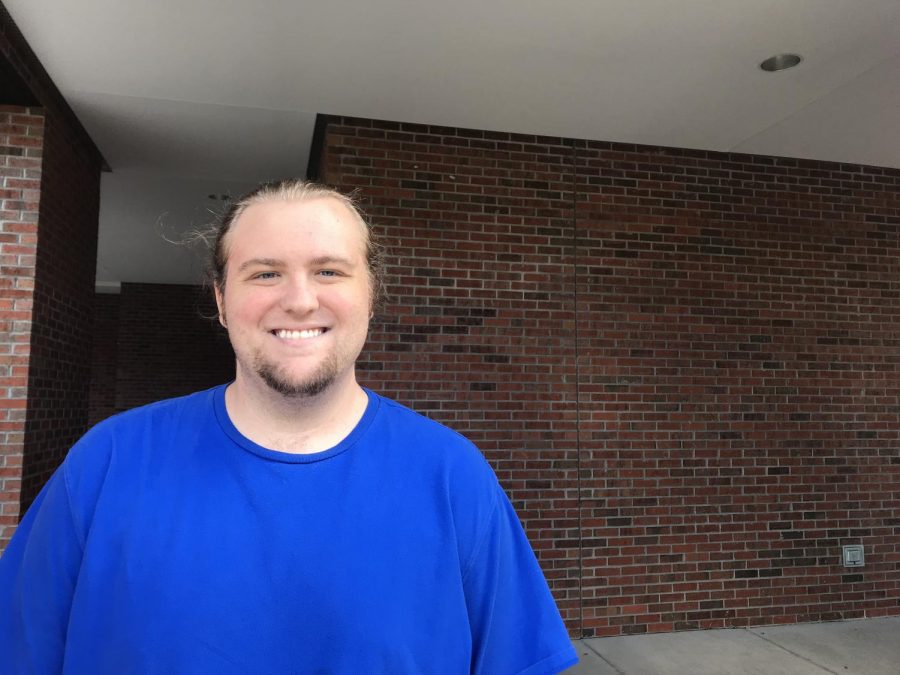 Photograph by McKenzie Rankin, Humans of the Dub

Let’s see. Ever endured? I’d have to say when I was in high school looking at colleges. I used to live in Michigan, so it was a really big decision for me to decide whether to come down here with my family. They wanted to move to Wilmington for a change of location. They were pretty fed up with the Michigan winters. So, they wanted to get somewhere warmer. They wanted me to come with them to help them move and, you know, get everything set up. Plus, it was for tuition reasons because, after a while, I wouldn’t have been considered in-state up in Michigan anymore.

I had to make a pretty big decision between going to college with the people I knew, you know, grew up with- that kind of thing. Stay local with them or come down here. I ended up coming down here with my family. I don’t really regret it. I still go back and see some friends in Michigan every year. But I like it down here. It’s really cool. I love the campus…but that was definitely the biggest struggle for a long time. I was super stressed out about it my senior year, but it made me do some really intrinsic inspection and see where my priorities lie. This school has a pretty good, like, course for computer science.

So did you know anyone when you came here?

How was your adjustment period?

It wasn’t that bad, you know. It was pretty cool, I met some nice people through computer science. I made some friends. I would definitely say the best people I met were my roommates.

Do you have any advice for students who might be in your position now in high school?

Don’t be afraid to go out into environments you’re not familiar with. It’s worth getting the experience, you know, just don’t be afraid of trying new things. It’s always a safe bet to do what you’re comfortable with, and if you have a lot of friends going to the same school it’s easier on you, but do what’s best for you.

So it was worth it for you in the long run?
Yes.

When are you graduating?

I should be graduating by the end of this summer. I think I’m gonna have to take a few summer semesters to finish up my courses but after that, I’m done. I’m excited.