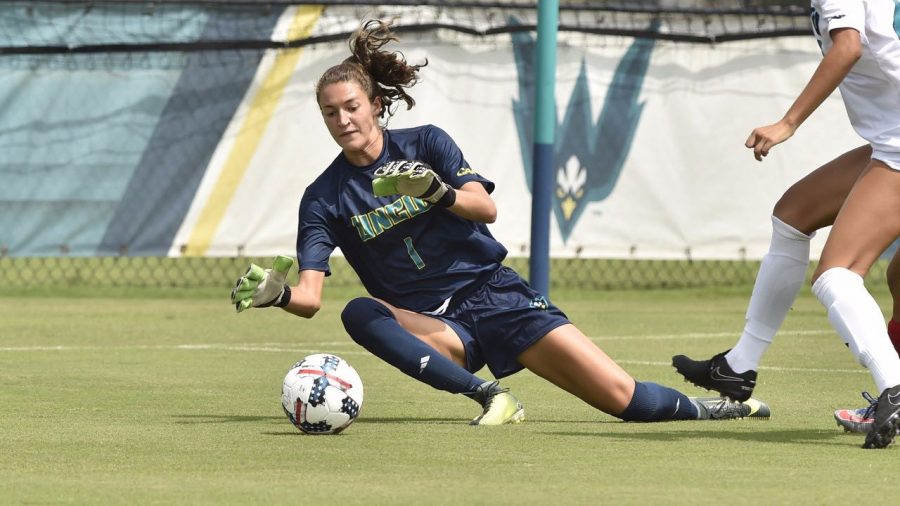 The Jamaica women’s national soccer team made history on Wednesday night when it became the first Caribbean nation to qualify for the FIFA Women’s World Cup. And with it, UNC Wilmington got a little piece of that history as well.

UNCW women’s soccer goalkeeper Sydney Schneider was the starting goalkeeper for Jamaica in last night’s victory (2-2 draw after regulation; 4-2 on penalty shootouts) over Panama in the CONCACAF Women’s Championship. The win meant Jamaica finished third to book CONCACAF’s last automatic ticket to the 2019 Women’s World Cup. The sport’s showpiece event will be held in France next year. The United States women’s national team won the World Cup in 2015.

Schneider, a sophomore at UNCW, started all five games for the Reggae Girlz. However, she was substituted for experienced backup keeper Nicole McClure prior to the penalty shootout. McClure made two saves for Jamaica, who scored all four of their penalties to advance to the Women’s World Cup.

Schneider became the second goaltender to play every minute in a season last year. She split keeper duties with redshirt senior Caitie Broderick early in UNCW’s season in anticipation of Schneider’s absence. It is unclear if Schneider will return to the Seahawks this season.

Panama, as a consolation, will play Argentina in an intercontinental playoff next month to determine which of them get to become one of the 24 countries qualified for the tournament. The 2019 FIFA Women’s World Cup will be played from June 7-July 7 next year.