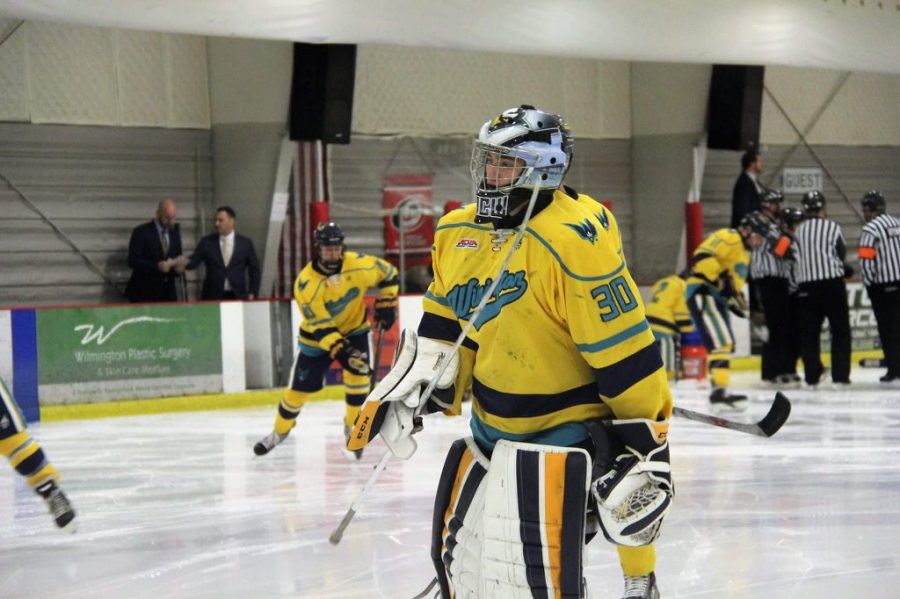 The UNC Wilmington club hockey team begins its 2018-19 season this weekend when it plays Wake Forest Friday night at the Wilmington Ice House. The Seahawks will then travel to the University of Richmond where the Spiders await them on Saturday.

Following one of the most successful seasons (14-2-1) in club hockey history, the team is looking to build off of what they were able to accomplish but keep a mentality that remains fresh.

“You have to think of every game as a brand new game and every team as the best team you are going to play,” said starting goaltender Ryan Besemer. “That is what the attitude is going to have to be if we want to get back to where we were.”

The Seahawks returns five of their top 10 scorers from last year, including leading scorer Joey Alexander, who finished with a total of 38 points in 17 games.

Finding leadership will be key

Following the graduation of team captain Tyler Evangelous and assistant captain Bennett Clark, the club hockey team find themselves in a position where a new captain will have to be named. Head Coach Matt Huestis hopes players from last season can help with this process.

“Benny and Tyler are definitely irreplaceable players. We are looking for our young core group to step up especially Alexander, Hunter Phillips and Will Tooke,” said Huestis. “I just want to see who steps up in the game, who is more action oriented and who is more vocal.”

With new faces and names up and down the roster, Huestis is excited to watch new faces this first weekend but with the team being so young, Huestis expects to evaluate the team over the first few weeks.

With just under a four-hour drive ahead for the team Saturday, Besemer hopes this trip can help the team bond and allow themselves the opportunity to interact with each other.

“We are really lucky to have the Richmond trip right after our first game. Road trips are huge for building team chemistry and bonding.” Besemer added that this is something the team really needs with such a quick turnaround at the start of the season.

Following the news in March of the hockey team joining the American Collegiate Hockey Association Division II and becoming a member of the Atlantic Coast Collegiate Hockey League, the team will play a fellow ACCHL member in Wake Forest. This game will not count towards the league standings, but it still is something that Huestis feels will be important for the team going forward.

“It will be a good way for us to see how we fit in (in Division Two). They were the seventh seed out of 15 teams last year in the ACC and I would like to think we are a better team at this point. We will see on Friday, but it will be a good test for us.”

Friday night’s game at the Ice House will begin at 9:30 P.M. As was the case for all home games last season, tickets will be $5 for UNCW students with a UNCW One Card. Tickets remain $8 for adults and $3 for kids 10 and under.