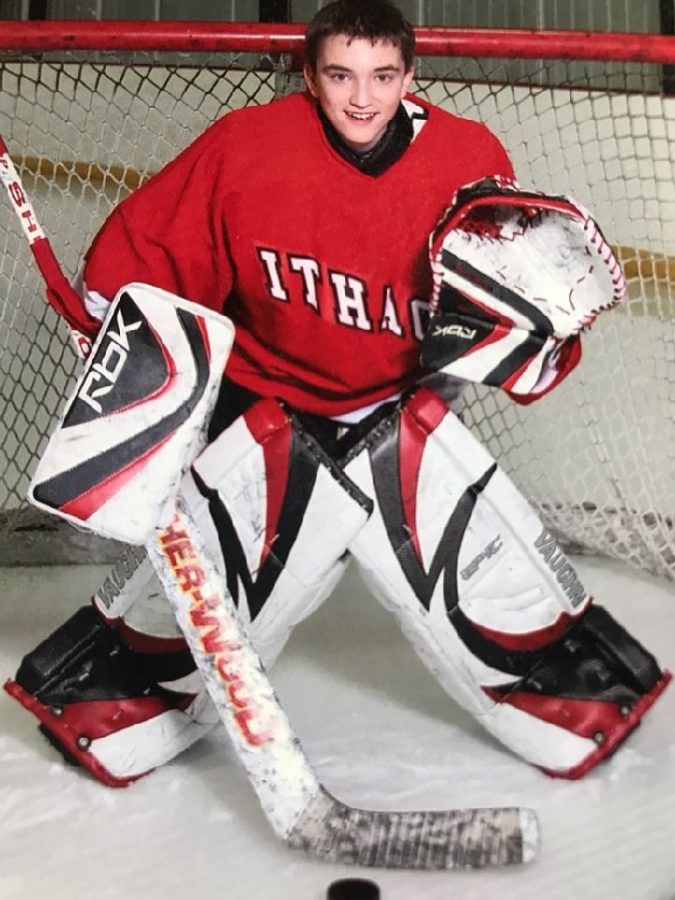 Editor’s Note: The following is the first installment in sophomore Ryan Besemer’s journey to become the starting goaltender of UNC Wilmington’s club hockey team. Part one explores Besemer’s hockey origins and the role its played in his upbringing.

Superstitions have become something many expect athletes to have. UNC Wilmington club hockey goaltender Ryan Besemer developed these habits early in his life.

“Honestly there are so many little things I do or that I make happen subconsciously or not before every game simply out of superstition,” said Besemer, who highlighted three points that never changed last season. Besemer would wear the same outfit to every game last year; he has a specific type of socks that he wears for every game and he would always wear the same undershirt. Besemer credits this to being a goaltender and as he says, “Usually when you feel one thing is working for you as a goalie, you don’t switch it up.”

Besemer, who is from small-town Lansing in upstate New York, was introduced to hockey at a young age because his grandpa had season tickets to the Cornell University hockey team. However, because of the physicality and aggressiveness hockey brings, Besemer told his grandpa in kindergarten he would never play hockey himself.

Besemer changed his mind after he saw the aggressiveness did not exist at the beginning levels of hockey. Because he began hockey late, his initial learning curve was steeper than his peers.

The first hockey player Besemer admired was Wayne Gretzky. There was a moment in elementary school where learn Besemer learned about Gretzky’s accomplishments on the ice.

“I had to do a biography on someone famous in second grade and I chose him,” said Besemer. “As a young kid in my first couple of years (in hockey), I aspired to do just a fraction of what he had accomplished. I even realized that I had the same number as him at a young age and I thought I would switch to #99 as well one day.”

Besemer made the transition to goaltender in the fourth grade. In his first two years, much of Besemer’s experience came as a defenseman with rare appearances in the net.

By the end of the season, Besemer grew comfortable in net and earned his first ever shutout at the end of year tournament. This led to Besemer to search for a new hockey idol.

“I was still in the process of looking for an NHL team at a young age and it turned out that the Buffalo Sabres had a goaltender named Ryan Miller,” said Besemer.

A combination of the Sabres being Besemer’s local team in upstate-New York and the shared first name of Besemer and Miller has made the UNCW goaltender a lifelong fan.