Is it cool to be a college kid? 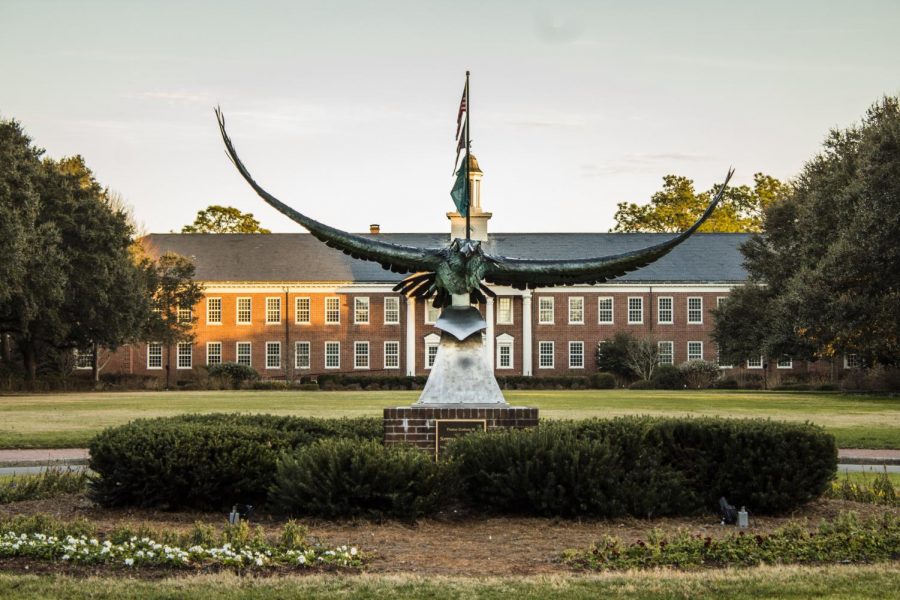 Editor’s Note: Caroline Shaver is a sophomore at Cape Fear Community College getting her Associate’s in Arts and is a Contributing Writer for The Seahawk. The opinions expressed in this article are solely those of the author. All suggestions and inquiries may be sent via email to [email protected]

On my first day of college, I was 15, five-feet tall and a little frightened. I had hoped that this day would come, and I had looked forward to it. I had also worried and prayed about it because at 15, I was entering the adult world for the first time.

The adult world is something that children look forward to excitedly and pensively because it is such a drastic change from childhood. I was one of those children. Although, when I made the decision to begin early college at Cape Fear Community College, I was definitely more than excited because I also had my concerns.

My first concern was that I might not be very safe in this adult situation. Parents that I knew had expressed this same concern; would having 50-year-old classmates be an invitation for predatory actions?

As a college sophomore now, I can say that this is not a valid concern because it lacks context and comparison. Early college programs happen at universities or community colleges and the beauty of any college is that any age can attend.

When I showed up at my first college, I was shocked to see how many young people were there. Most of my class was in their early 20s, with a few older folks mixed in. As I went to more of my classes, I realized that college is not a set age group — some of my classes were lots of early college kids, while other classes had more grown-ups.

I was never the only youth in the room. Because of this mixture, I often had people guess that I was much older than I was. Of course, in my youth, I appreciated this. In the beginning, people in my French class thought I was twenty-five years old. What more can a teenage girl ask for?

Another important look into this concern is the idea of measuring safety from one environment to another. Early college kids are high-school age, which means before college they were either in public, private or were homeschooled. It is safe to say that the majority of this group is public schooled and when one looks at the safety of the average public school, one is not duly impressed.

Despite, the best of intentions, The Washington Post has reported that more than 215,000 students have experienced gun violence since the Columbine shooting. Another article published by The Hill this year also reported that one in every fifty students was a victim of “physical assault, sexual assault, rape, attempted rape, robbery or threatened with physical assault during the 2015-2016 school year.” My point is that the difference in the environment, safety wise, won’t really be any different.

I was homeschooled before I started early college so I am an example of the type who had a safer environment before leaving home. I can attest to the fact that I feel usually feel quite safe at college or at least as safe as one can in a decade of school shootings.

I had had another concern. One that had been brewing for a long time before the first day of school and one that I’m sure lingers in the back of everyone’s mind. College was something that I had long awaited and anticipated. It was something that I had high hopes for or rather high expectations for myself. I wanted to hold myself to a standard of excellence and I thought I could grow up. However, on that first day, I wondered if I dreamed bigger than I would test. I had made it here, but could I make it here?

Thankfully, this article is a testament to me doing just fine. I did find that college work was hard; I did not necessarily take to any subject easily. If my prior expectations had been pure talent in these subjects, then I would have been disappointed in myself because it took studying late nights and often early mornings for me to achieve what I wanted to receive. However, my hope was that I would be resilient and I fulfilled that hope.

Actually, I am glad it was hard because were it easy, I would have lost interest and it would have become boring. Many people express a fear of getting bored with life as they grow older but then they also complain about how hard everything is. Early college taught me important lessons: as long as things are hard you will not find them dull and life is full of hard things. Perhaps I am just an everlasting optimist, but that was one of the best things I have ever learned.

Putting these concerns aside, there were also wonderful things about early college that I knew I was already over the moon about. For one, Bernie Sanders would have been proud because I was basically getting free college. The only expenses I was paying were that of my books and a few fees. I didn’t even pay for parking because I was such a baby.

My finances were this way because of the dual-enrollment program at the community college. As long as I was a high school student, my classes were free. Since I started my junior year, I would be able to graduate with my high school diploma and my Associate’s degree. This is an arrangement which is not universal but thankfully is in North Carolina. My pocketbook and I both loved it — but come on Bernie; we both know someone was paying for it.

Now as a sophomore, I’ve seen other benefits that come from early college. I’ve had the opportunity to make friends from many backgrounds. They might be older than me or they might be from across the country. Either way, we had such different experiences that it made our friendships more interesting and made ourselves grow.

I also didn’t have the cliché-y experience that so many American high schoolers have to deal with. I think this is because most people are more mature in college; they understand the struggle and they would rather relate with one another than try to hide it.

There also seems to be higher goals in college. Students are more focused on their grades and on doing well academically rather than socially. While that might be because people are paying for their own classes or because they want school to be over with already — I have heard both — it doesn’t really matter. It creates a better atmosphere that encourages students to study.

Another thing I found was that professors are usually so nice and flexible with my schedule. As a homeschooler, flexibility was one of my favorite things about my lifestyle and upon entering college, I was a little uneager to be restrained. However, most professors were straightforward about scheduling and made it worth my while to be in class.

I do remember, though, on that first semester looking up my professors on RateMyProfessor.com. I was horrified at the results! Almost all of my teachers had at least one bad review-something like, “this teacher is from hell,” and I was pretty sure I was toast. Thankfully, not everything you read on the internet is true.

While my early college experience wasn’t with UNCW, there are some trailers a few doors down from the university. Those trailers have been given the prestigious name of Isaac Bear Early College High School. This school is a branch of a partnership between the New Hanover County Schools, the North Carolina New Schools Project and the University of North Carolina.

It is a great opportunity for these youths, just like it was for me. If you are one of these bright-eyed and bushy-tailed youths, keep up the good work. If you know one or see one in class, say hi. I can attest to the fact that they don’t bite because at that age, not all their teeth have grown in.