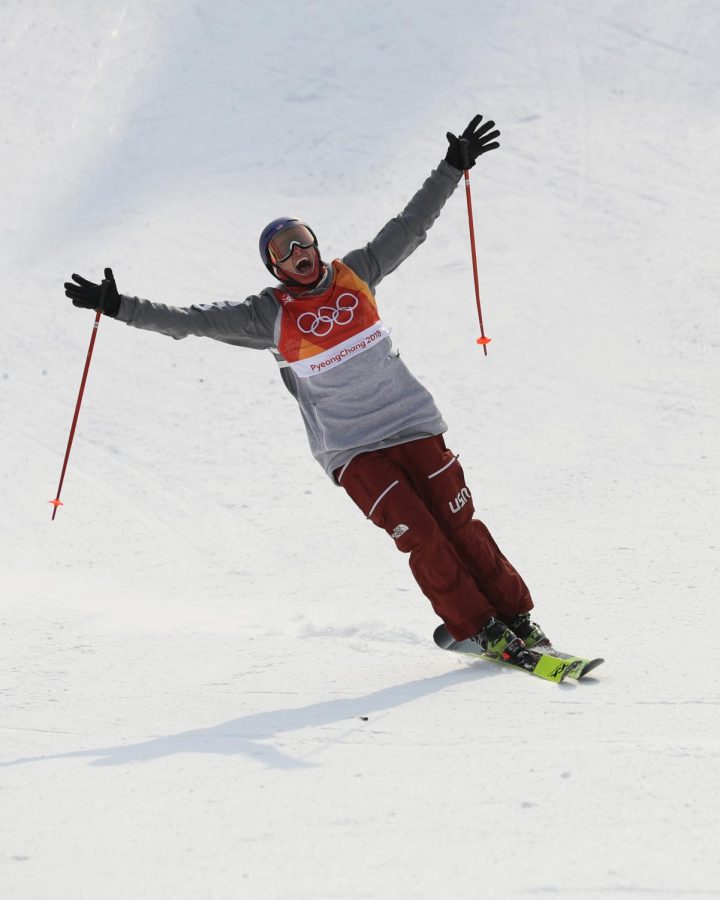 You have just won an Olympic medal. After years of hard work, you have done what most athletes can only dream about. After the Olympics are over, you should be feeling on top of the world, but instead, you are reaching one of your lowest points.

While this may be a shock for some, it is not all that surprising. Olympic athletes have dedicated their lives to one goal. To reach this goal, they train like machines, push themselves to the extreme and work nonstop to perfect their skills. When it’s over — win or lose — Olympic athletes have to pack up their equipment and go home, some knowing they won’t return.

After the emotional journey is over, some athletes find themselves at a mental low point. This was the reality for Olympic freestyle skier Nick Goepper after winning bronze at the 2014 Sochi Winter Olympics.

Goepper spoke out about his battle with depression earlier this month with USA Today. During the summer off-season following his bronze win, he turned to heavy drinking to “busy” himself. In addition to his constant drinking, Goepper began to question himself, his ability at freestyle skiing and “what was the point of it all?” Combined with his drinking and questioning, he fell into “deep drops” of depression. At some points Goepper even considered suicide.

In the fall of 2015, after coming clean to his mother, Goepper’s parents convinced him to attend a rehabilitation center. Goepper went on to spend 60 days in rehab at a facility in Texas.

In the interview with USA Today Goepper said “I had a fantastic, life-changing experience. I just feel very fortunate that my family and my situation I was able to take advantage of that resource.”

Goepper is not the only Olympic athlete to have battled depression or other mental health hurdles.

Freestyler swimmer Allison Schmitt, who after winning gold at the 2012 London Olympics had signs of depression — feels of loss — according to a Huffington Post article. Track athlete and double gold medalist at the 2004 Athens Olympics, Dame Kelly Holmes struggled with depression after her career ended, according to the same Huffington Post article.

These are just a few of the surprisingly many Olympic athletes who have come face to face with depression or similar mental health struggles.

While the U.S. Olympic team hires sports psychologists to speak with their athletes throughout the entire process, according to an interview with the Huffington Post, the psychologist never discusses readjusting to life post-Olympics with the athletes.

This is quite concerning, especially given the number of Olympic athletes who have come forward about their depression battles. Now imagine how many have not come forward or are yet to face depression.

The sport psychologists have to be aware of these instances — right? So, the fact that they are not discussing it with current Olympic athletes is confusing. This is definitely a topic these psychologists need to start bringing up and sooner rather than later.

Outside of the Olympic spectrum, there are programs that help people with specialty jobs reenter civilian life. Most notably, military veterans have programs which help guide them back into a normal life following a war or tours of duty.

Like Olympians, military veterans have an almost culture shock adjustment back into life as a regular citizen. Many veterans face mental health problems like Post-Traumatic Stress Disorder (PTSD) which can lead to depression or other mental health issues.

Specifically, these readjustment programs for veterans offer supportive resources to connect them with their community and other veterans. They also provide information regarding education, jobs, healthcare and other GI benefits, according to Vista College’s veteran section. Organizations like the Wounded Warrior Project, American Legion, Veterans Support Organization (VSO), USO and others all provide these resources.

While Olympic athletes and veterans face different challenges, Olympic teams could easily implement similar measures by having their psychologists talk about the possibility of depression after their competitions and careers. As well as having them discuss tactics to combat or avoid depression.

The teams could also look into providing their athletes with coaching, mentoring or similar opportunities after their season or careers. Little steps and resources like these would help ease athletes back into a regular life instead of just throwing them back in and expecting them to be okay with the culture shock.

Many of us — myself included — look up to these Olympic athletes because we see them as these super-humans, when in actuality they are not all that different. In fact, they face some of the same struggles as we do, like depression or other mental health problems.

I salute the athletes that have been brave enough to come out about their battles with depression. It only makes them more human and greater inspirations.

While there are no official study numbers of just how many Olympic athletes face depression, the mental health of athletes is an issue which we need to address and start taking a lot more serious.

If we do not, we might see an even steeper increase rate of depression among these athletes in the years to come as Olympic athletes become younger and push themselves harder.